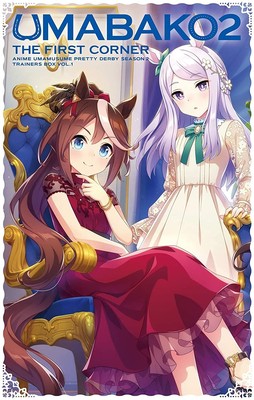 The first Blu-ray Disc volume of the Uma Musume Pretty Derby Season 2 anime was the third-highest selling Blu-ray Disc overall and the highest-selling animated Blu-ray Disc from December 14, 2020 to June 13, 2021, according to Oricon. It sold 175,222 copies during that period after its May 26 launch.

However, the regular-edition Blu-ray Disc of the Demon Slayer – Kimetsu no Yaiba – The Movie: Mugen Train anime launched on June 16 and has since sold 389,731 copies as of June 27. The regular and limited editions have collectively sold 743,968 copies.

The second Uma Musume Pretty Derby Season 2 Blu-ray Disc volume also recently shipped on June 23, but debuted outside the timeframe of Oricon’s half-year chart. It has sold 150,390 copies as of June 27.

The first volume contained a variety of bonuses for purchasers, including a random drawing application for a voice cast event ticket, and a code for items usable in Uma Musume Pretty Derby — a game that has had explosive popularity, garnering more than 8 million downloads within three months of release.

The anime premiered on January 4. Crunchyroll streamed the anime as it aired in Japan. Kei Oikawa once again directed the anime, but Studio KAI animated the series, replacing the previous season’s P.A. Works.

The franchise‘s game launched for smartphones on February 24, and launched on PC on March 10. The game was originally slated for a release in Winter 2018, and was delayed in order to raise the game’s quality.

The game’s concept begins with Uma Musume (Horse Girls), girls endowed with excellent running capability, and who aim to become top idols and compete in the national sports entertainment show “Twinkle Series.” Players take the role of both teacher and trainer for the girls in the Nihon Uma Musume Training Center Gakuen (Japan Horse Girls Training Center Academy) and help them make their debut.