Developer Krafton Inc. recently released the Early Access version of Battlegrounds Mobile India. The title was developed exclusively for the Indian gaming community and brought back PUBG Mobile to the country after almost a year.

Battlegrounds Mobile India features a ranking system similar to PUBG Mobile. However, ranking up the tiers is exhausting and requires efficient gameplay and strategies.

Battlegrounds Mobile India features the same maps as PUBG Mobile. However, the survival strategies differ for each arena. Gamers have wondered which maps are easier for rank push in BGMI.

Battlegrounds Mobile India: Erangel is the best choice when it comes to ranking up

The OG map of PUBG Mobile is a well-known destination for every gamer, as it was the first map ever to be introduced into the game. The 8×8 island features several areas of interest, and the loot is spread evenly across the island.

Some locations on the map are hotspots for landing as they have several buildings spread across a small area. Most players prefer dropping by at these locations as close combats are frequent, and they get a good number of kills.

Gamers who prefer to play the game in fast-paced and challenging circumstances will find these locations favorable. A good number of kills and assists will also fetch significant progress in the tiers.

Those who generally prefer a more stealthy gaming mode are advised to drop by at the scattered locations and gather their loot. Survival is an integral part of Battlegrounds Mobile India, and they get a decent boost in the ranking tiers even without a good number of kills.

Erangel is the most favorable map to rank up as almost every PUBG Mobile gamer knows every location of this map.

The 4×4 map is much smaller than Erangel and is filled with vegetation and greenery. Gamers can hide efficiently among the grass and ambush enemies in an instant in BGMI. 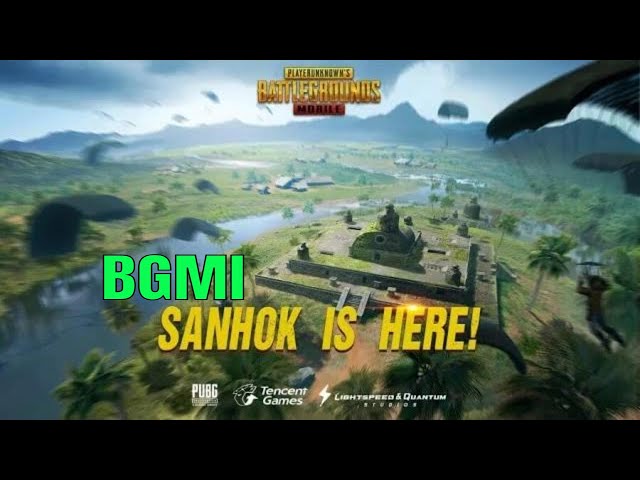 Since the map is smaller, the gameplay is faster, and gamers enjoy dropping into this map. In addition, the island boasts several POIs and loots distributed, making it one of the most loved maps in Battlegrounds Mobile India.

Users can take the help of the vegetation on the map to eliminate enemies and survive to gain significant points and rank up the tiers.

One of the newest maps to be added to Battlegrounds Mobile India, Karakin, is even smaller than Sanhok as it features a 2×2 area. Due to its small size, only 64 players drop at this location.

Karakin is an arid region comprised of rocky hills and secret caves. These hidden caves provide enhanced loot and feature exclusive weapons. In addition, there are several POIs that offer significant loot to gamers.

Hiding is next to impossible in Karakin, and there are frequent 1v1 face-offs. It is an ideal map for gamers who prefer close combat rather than stealthy strategies. However, since there are fewer gamers and the map is small, matches are short.

Karakin provides a wonderful opportunity to increase the K/D ratio. A higher number of eliminations means more points scored. Therefore, gamers have a good chance of ranking up faster through the Karakin map.