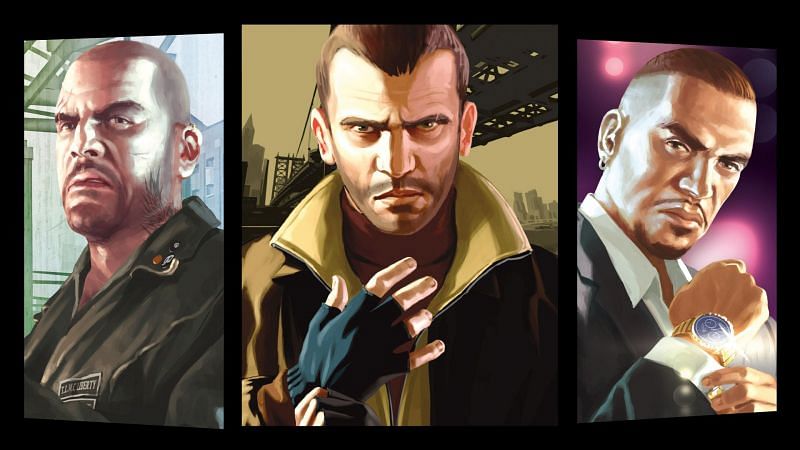 While GTA 4 is a beloved title in Rockstar Games’ GTA franchise, some of its issues are often ignored by its fanbase.

GTA 4 is a wonderful game with a memorable story and iconic characters. It was innovative for its time and made Liberty City come to life with its iconic worldbuilding and setting. The atmosphere of GTA 4 is fantastic, but this article isn’t meant to discuss its great features. Rather, its focus is on the issues that the game has.

This article isn’t meant to mindlessly bash a particular game. GTA 4 has far more upside to it than downsides. However, these downsides do make for an interesting point of discussion, especially since some of these issues are often glossed over by the GTA 4 fanbase.

Pigeons are the worst collectible in GTA history. 200 pigeons is a lot to kill, but it’s not just the number of pigeons that cause problems for players. First, players often use a gun to “collect” them. Doing so often scares nearby pedestrians and may result in a Wanted Level.

Then there’s the issue with the rewards. 100% completion and an optional spawn for the Annihilator aren’t worth all the hassle. Most players won’t care about the former, and the latter is pointless given that the helicopter spawns elsewhere. Even if it doesn’t spawn elsewhere, it’s not guaranteed to spawn in its designated location even after collecting all 200 pigeons.

There are no incremental rewards either. It’s all or nothing.

A lot of GTA 4 missions can be summed up as: go from point A to point B and kill somebody. While the missions are fun, the general variety is very lacking in GTA 4’s base game. The expansion packs do add more variety, but that doesn’t necessarily mean that the base game is excluded from general criticism. It’s important to compare GTA 4’s general mission variety to other GTA titles.

In GTA Vice City and GTA San Andreas, for example, numerous RC missions provide a different gameplay experience. A lot of players hate it, but some of the missions are well-executed in terms of variety. Likewise, there is no ridiculous mission where Niko steals something like a Jetpack.

It doesn’t have to be a replica of previous mission styles, but the tone told throughout the missions also tends to border on similar themes. Some missions change it, like Brucie’s, but overall it is a minor problem worth addressing.

With GTA Online around, GTA 4’s online scene died off. It was removed on March 19, 2020, along with the leaderboards. Having said that, unpatched versions of GTA 4 still have multiplayer enabled, but it isn’t as active as it once was.

Unsurprisingly, some players have made the mistake of updating GTA 4 to the new version that doesn’t support multiplayer, thus making it inconvenient for them and making them downgrade later on.

Even if players circumvent the issue, GTA 4 isn’t that active. GTA 4 can have between 2,000 and 4,000 active players at any given time on Steam. That doesn’t mean all of them are playing GTA 4 Online. Plus, there isn’t much to do once a person is on GTA 4 Online. It’s nice not having to grind, but some players might lose motivation to play the game because of that.

Although having a choice is a great feature in GTA 4, a lot of the choices one can make are incredibly one-sided. For example, killing Dwayne gives the player $25,000 and that’s it. If the player kills Playboy X instead, they can get his safehouse, Claude’s outfit, and befriend Dwayne (who has his own friendship rewards).

Then there’s also the mission, “Blood Brothers.” Killing Francis improves Packie’s friendship with the player (which could be maxed out before doing this mission). Alternatively, killing Derrick gives the player up to $20,000 and the ability to remove up to three stars from Niko’s Wanted Level whenever the player wants. The player’s choice is often a no-brainer in a casual playthrough.

It’s seldom a good feeling to see beloved features from a prior game get removed in its sequel. Case in point, GTA 4 removed a lot of GTA San Andreas’s great features.

The following are some features Niko cannot do in GTA 4:

This is not an extensive list of every feature missing in GTA 4.