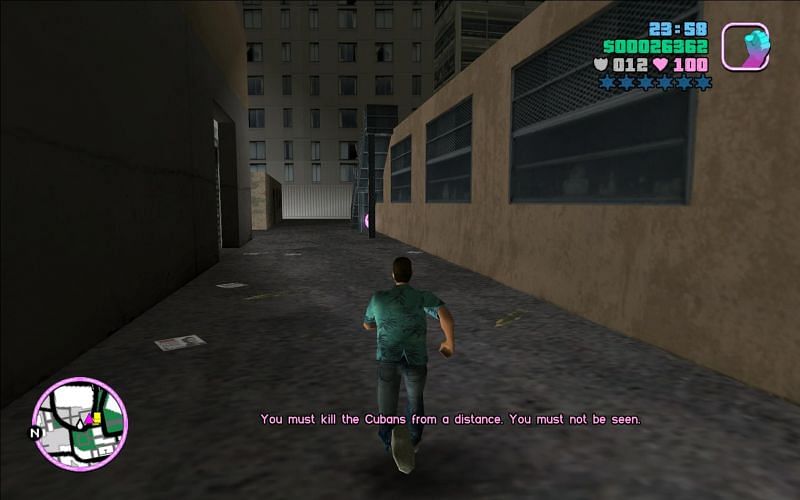 Not all GTA Vice City missions are truly loved or hated. Some missions are notoriously divisive in terms of how players view them.

Regardless of whether one prefers GTA Vice City over other games, one has to acknowledge that some missions have a certain reputation. This could be due to political reasons (such as the treatment of certain ethnic groups) or a supposed difficulty of the mission.

What are the most divisive missions in GTA Vice City?

This GTA Vice City mission isn’t divisive because of its difficulty. Instead, it is divisive among Victor Vance fans, who often speculated that the person killed in the drug dealing was not him. Unfortunately for them, that orange-shirt man was Victor Vance (as confirmed by Rockstar Games).

Once GTA Vice City Stories was released, some players started to appreciate Victor Vance and were disappointed to know that he died anti-climactically in GTA Vice City.

Whether “Publicity Tour” is a funny mission or a frustrating and repetitive mission depends on one’s experience in GTA Vice City. If the player completes it easily on the first try or so, they’ll likely remember the mission as a funny little diversion where Love Fist says some memorable one-liners.

For the less-skilled players, however, this is a nightmare of a mission. The mission is essentially to keep the Love Fist Limo moving at all times. There is no alternative way to complete the mission either; it’s just driving and waiting for Love Fist to dispose of the bomb. Players might hear the same voice lines over and over again to the point that they become downright annoying.

In Dirty Lickin’s, players snipe Cubans to protect Haitians on behalf of Auntie Poulet’s request. Normally, killing another gang is nothing new in the GTA series, but the controversies surrounding the ethnic treatment of both Cubans and Haitians paint missions like this in a bad light. Tommy isn’t just killing a random gang full of various people; he’s targeting Cubans, who aren’t a fictional group in the real world.

In terms of how divisive a mission like this is, it depends on one’s interpretation of GTA Vice City’s treatment of Cubans and Haitians. If one views it as standard gameplay where gang members are killed, then it isn’t a big deal. Alternatively, if one views it as a targeted attack on a real-life group, then it’s a serious problem.

“Trojan Voodoo” is a cool concept, but it’s on the opposite side of the spectrum of the Cuban-Haitian war in GTA Vice City.

Rather than needlessly harming a group of Cubans, Tommy Vercetti is blowing up a drug factory with Haitians in it. Since the treatment of Haitians is one of Rockstar’s biggest controversies, it shouldn’t be surprising to see it rank this high in terms of divisiveness.

Like in the previous entry, the divisive nature of this mission lies in how a real-life group of people is treated in a video game. Some won’t care about it, while it is a major issue for others. Just as the previous entry could include any mission where Cubans are being killed by the player, one can substitute this mission with anyone where the player is killing Haitians en masse.

“Keep Your Friends Close…” is divisive for less political reasons. For some fans, the mission is an awesome climax. For others, it’s difficult and frustrating.

On the one hand, it’s a challenging mission because of how many people there are shooting at the player. At the same time, it’s the conclusion to an epic tale of Tommy Vercetti’s rise to power. Some players love a challenge, and some don’t. It’s as simple as that in video games.

Moreover, not everybody is obligated to like the story of GTA Vice City. Some aspects of the story are great, but the similarities to Scarface can put some people off. One also has to consider gamers who play the game solely for the gameplay and ignore every aspect of the story (aka they skip every cutscene).

Given that this is the most important mission in GTA Vice City, it’s bound to culminate in some mixed feelings among fans.