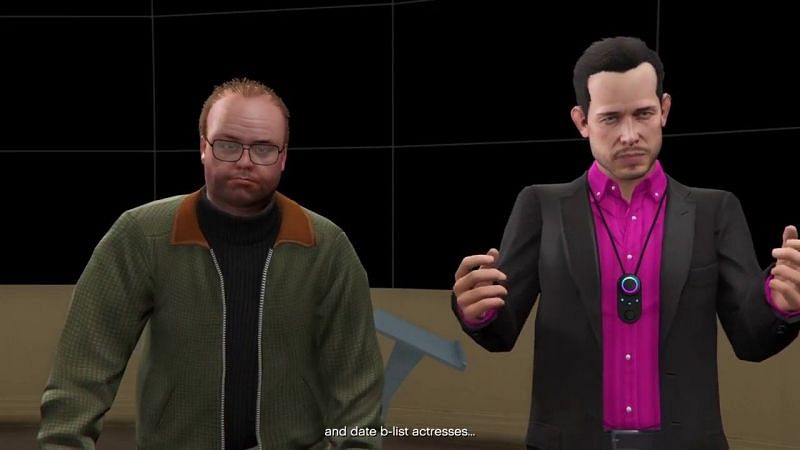 In a world full of crime, even these GTA characters can seem more evil than the standard lot.

Most GTA characters do something vile in the events of their games. Very, very few could be considered good or lawful. However, not all evil acts are the same; some characters are bound to do something more despicable than their contemporaries. While it is difficult to quantify evil in a traditional sense, the danger these characters possess to other human beings is often a good indicator.

They lack remorse for their evil deeds, going as far as to continue them without a second thought. Unless they’re stopped by another character, they’ll likely continue their evil deeds. Given that it’s the GTA series, there is no shortage of violent psychopaths to choose from.

Five most evil GTA characters of all time

Marty Chonks is a serial killer who eventually turns his wife into dog food. It’s a strange tale, but it’s unquestionable how sick and twisted this individual is in GTA III. This evil character owns the Bitch’n’ Dog Food, which undergoes some financial trouble thanks to the ban on dogs in Liberty City.

While that’s unfortunate to see in any business, it still doesn’t justify murdering several individuals (including one’s wife), just to turn them into dog food. On the lighter side, he even employed thieves to break into his home so he could collect insurance. Unfortunately for the thieves, he kills them and turns them into dog food. Fortunately, Marty Chonks is easily killed by Carl, his loan shark who he planned to ambush.

Human trafficking isn’t a good activity to be involved in, but it isn’t Ray Bulgarin’s only crime. While he was arrested for transporting Albanian sex slaves, he eventually employed Niko Bellic into trafficking humans for him. Eventually, he (thanks to Dimitri) tries to track down Niko but fails.

More of Ray’s villainy would be seen in The Ballad of Gay Tony. Here, the player can hear him shooting an AK-47 in a room with his sister, Galina. It’s never known if he actually killed her or simply intimidated her, but it’s still a harsh way to treat family for something minor. Aside from that, he’s as sadistic and cruel as GTA antagonists get.

Donald Love is a complete hedonist who does everything for his own pleasure. One of his favorite activities is to eat other human beings, which includes throwing morgue parties to do so. Even his mentor, Avery Carrington, is a victim of his terrible habits. Whereas other villains have some likable characteristics, Donald Love possesses almost none of that.

He’s perfectly fine with destroying Fort Staunton for petty revenge, and even instigates wars between rival gangs to make a profit off of it. In terms of pure greed, there aren’t many GTA characters capable of matching Donald Love’s appetite.

Even protagonists can be considered evil. After all, the world of GTA is no stranger to cruel and unusual violence, but Trevor Philips takes it to another level. It’s sometimes easy to forget how vile he is throughout the events of GTA 5, simply because of his relationship with Michael and Franklin. However, it’s when he’s seen alone that players can get a glimpse of how twisted he is.

He molests Floyd, murders several people (as per standard for a GTA protagonist, and that still isn’t all of it. He also heavily deals in weapons and drugs, yet that’s still minor for good ole Trevor. He has gone far as to canonly send a few people to his buddies at the Altruist’s Cult to most likely be eaten by insane cannibals.

He frequently showcases psychopathic behavior, far more than most other GTA protagonists. His extreme tendencies make him not only unpredictable, but also quite a vile human being at his worst moments.

Most GTA villains settle for dominating a particular part of the criminal world and leave it at that. Avon Hertz goes an extra step in wanting to shape the entire world to his vision. Like a true movie villain, Avon Hertz is nothing short of outright deplorable. Even if he might seem evil in a cliche way, he is still dangerous.

With a dystopian view of society, Avon seeks to replace human beings with sentient robots. Not only that, but he believes that corporations should rule over the world and that peasants should stay away from the mighty and the successful.

Predictably, the Doomsday Heist is all about stopping Avon Hertz from executing his plan “so diabolical it could end life as we know it.” If Avon Hertz succeeded with his goals and ambitions, he would have, by far and away, the highest kill count in the GTA series.