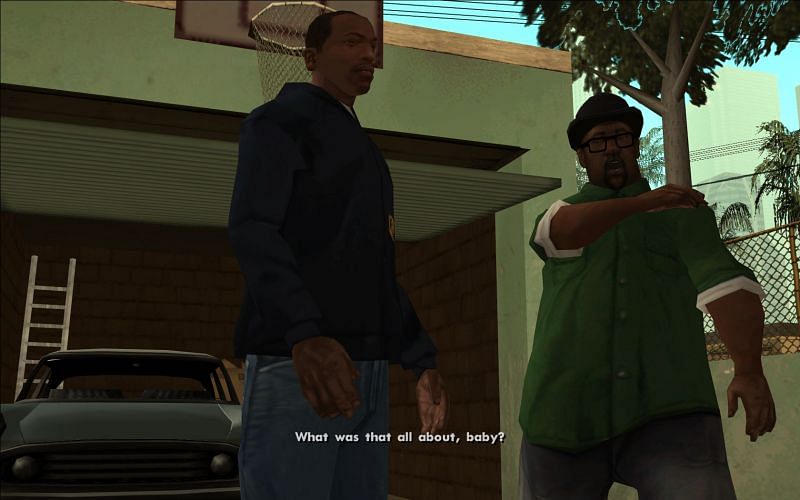 Not all GTA twists come out of nowhere. Sometimes, it’s foreshadowed through subtle clues leading up to the event.

Foreshadowing comes in all forms. Storytelling is sometimes subtle, and sometimes it’s direct. Both cases are relevant within the GTA series, as not all methods of foreshadowing are as they would seem. More often than not, players who replay certain missions may discover some oddities that seem out of place, only to connect the dots after the fact.

This list isn’t just the five most subtle clues. It’s a mix of subtle clues and general foreshadowing, with a small explanation as to what makes these elements work.

To make stories work in the GTA series, Rockstar Games sometimes puts in some clues leading up to the eventual big reveal.

What are the most subtle foreshadowing moments in the GTA franchise?

Michelle seems like a loving girl who just wants to get to know Niko Bellic. However, she asks a lot of questions about criminal activities that a normal girlfriend wouldn’t ask. She even reassures Niko that she is a very good listener. Strangely, even her apartment seems devoid of personality.

The reason for all of those clues is because she’s actually an undercover government agent that works with the United Liberty Paper Contact. Her curious nature is obviously explained by her work, and her home could just be an apartment used by other United Liberty agents. Her real name is Karen Daniels, not Michelle.

Unsurprisingly, Lance Vance wishes to kill Ricardo Diaz at every chance he gets. After all, Diaz is responsible for having his brother, Victor Vance, killed at the beginning of the game.

During the mission “Phnom Penh ’86”, Lance Vance makes it clear to Tommy Vercetti that he is aware of the fact that Diaz was responsible for the drug dealing that went awry. In the same mission, he even wants to kill Diaz, only for Tommy to talk him out of it (for the moment).

In the mission “Death Row,” it is revealed that Lance did decide to do his revenge plan but failed miserably. Thus, Tommy has to save him from Diaz’s goons. They do eventually kill Diaz in GTA Vice City, but that’s after the fact.

Dimitri betrayed Mikhail Faustin, a person he knew for a much longer time than Niko. It shouldn’t be surprising to players that participate in Faustin’s death that Dimitri will eventually sell out Niko as he did with his old buddy. Even before he betrays Mikhail, Dimitri is all about reason and how to maximize profits.

Everything Dimitri does is for himself. Although he may have liked Mikhail back then, he decided that he had to go in an act of self-preservation. Considering that betraying Niko for Ray Bulgarin was a profitable move and that Dimitri was willing to let his old friend die, it shouldn’t be shocking to players that picked up on all of his social clues.

Some players would argue that it’s less subtle and more like throwing a brick through a glass window, but Agent 14’s true identity was foreshadowed extensively through the early events of GTA Online. While he portrays himself as an expert in criminal activities early on, it’s quite clear that he’s full of it when he speaks normally.

His way of blending in as a criminal is so terrible by GTA standards that players instantly knew he wasn’t a genuinely bad guy. Some GTA players theorized that he was an agent, which would be later confirmed in the Gunrunning missions. His acts in The Humane Labs Raid also seem rather shady, especially since it required a previous criminal to be broken out of prison to do so.

In the world of GTA, truly incompetent criminals don’t last long on their own. 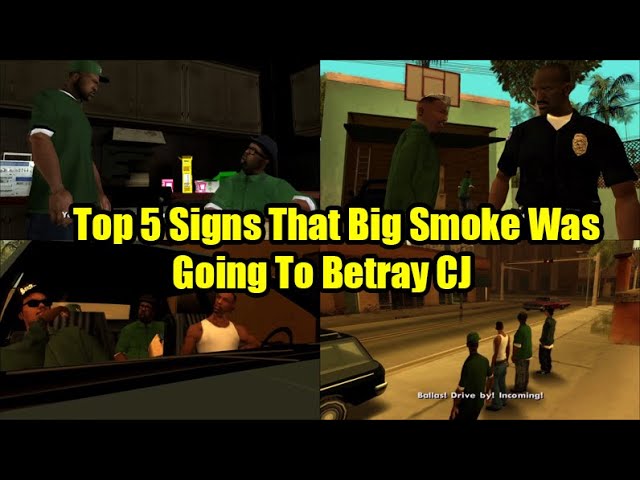 Big Smoke’s betrayal is arguably the most well-documented example of subtle clues being used to indicate a GTA character’s true nature.

First, the Ballas will not attack him (or Ryder) while they attack the Grove Street Families when CJ and Sweet attend their mother’s funeral. Second, the legendary order could’ve been made long enough to buy the Ballas enough time to attack the gang.

Predictably, Big Smoke never attacks the Ballas in this mission or in his own missions; there’s always an excuse. He even lives deep into Ballas territory, which is bizarre for a Grove Street member to do. C.R.A.S.H. is even seen leaving his home, which all indicates that Big Smoke is up to something bad.

Eventually, it was revealed that Big Smoke did, in fact, betray Grove Street. Predictably, he was in cahoots with both C.R.A.S.H. and the Ballas.