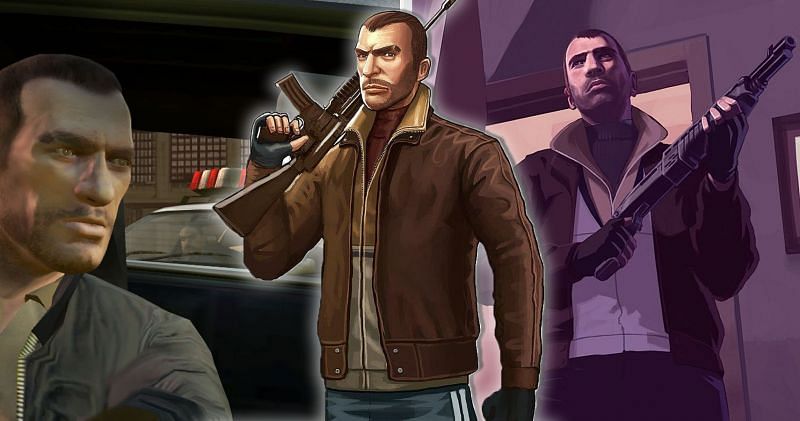 Niko Bellic is a protagonist unlike any other in the GTA universe.

GTA 4 was a completely different animal compared to the rest of the series. Its tone was far more serious and realistic, yet it never lost the GTA charm that fans grew up loving.

The American Dream is something millions of people look up to. GTA 4’s portrayal of immigrants through Niko Bellic’s character is just one aspect that endears him to the audience.

Niko Bellic is also a former soldier who is dealing with the loss of his comrades through nefarious means. No other GTA protagonist can be placed in his spot (character-wise) for the story to make sense.

Why Niko Bellic is the best protagonist in the GTA series

A lot of GTA protagonists are sociopaths who do despicable things to every living being they come across. Trevor Philips is absolutely abhorrent, while Niko Bellic is more kind-hearted. Of course, that doesn’t mean that Niko Bellic is perfect (he resorts to human trafficking to survive post-Yugoslav wars), but he’s a much more pleasant person to get to know.

All of this is relevant for one of GTA 4’s most important characters, Roman Bellic. Roman is Niko Bellic’s cousin who often gets into trouble. Niko usually has to bail him out. There is a genuine love between the two cousins, which helps humanize Niko compared to past protagonists.

Niko Bellic exudes an aura of badassery that seems more believable compared to other protagonists.

Some fans love Victor Vance for his believability, and Niko is similar in many ways. Both served in their respective armies and have access to some additional combat moves that other protagonists cannot perform. Of course, Niko saw more horrific things than Victor. Much of what he witnessed was downright deplorable.

Some players might find protagonists (like CJ) not very believable in terms of the feats they can do. By comparison, it’s hard to argue that a trained soldier like Niko Bellic wouldn’t be capable of accomplishing the actions he performs in GTA 4.

One of GTA 4’s most defining features is the player’s ability to make choices. As Niko Bellic is the main protagonist of GTA 4, it’s only logical that some fans would associate him with this feature. It might seem minor on the surface, but it allows players to explore the depths of Niko Bellic’s character.

These choices aren’t as simple as which vehicle Niko should take for a mission; there are legitimate ramifications for the decisions that the protagonist makes.

Other GTA protagonists often go with the flow or have a set mind. This makes Niko Bellic seem more refreshing by comparison. Given that he’s a conflicted character, these choices fit in well with the rest of GTA 4 lore.

Clever wit is often a trait that fans love to see in video game characters. One of Niko Bellic’s most discernible traits is the fact he often has something witty to say to Liberty City’s numerous denizens. His exchange with Vlad perfectly encapsulates Niko’s way of speech:

Vlad: “Fucking yokel, you think you can get away with killing me?”

Vlad: “You think this is worth it? You’re throwing you and your fatty cousin’s lives away for that bit of Puerto Rican chocha.”

Niko: “I’m throwing your life away, prick. We’ll do alright.”

GTA 4 is all about realism, and it’s perfectly reflected upon the game’s ending. Other protagonists usually get happy endings at the end of their games, whether it’s CJ celebrating with his friends and family or the GTA 5 protagonists tying up loose ends in the canon Option C.

By comparison, Niko Bellic will either lose his cousin or his girlfriend. While he does come out on top in the end, it’s not really a glorious ending by any means, regardless of which one is chosen.

At the end of the day, Niko isn’t doing much better than he was earlier in the storyline. He isn’t a successful businessman or a wealthy drug kingpin; he’s simply a criminal looking to live a normal life.

The whole resolution with Darko earlier on shows that a lot of what happens to Niko Bellic isn’t something to idolize or glorify. Likewise, his ending is simply a means to an end, as he will likely handle Roman’s taxi work or something else not life-threatening.