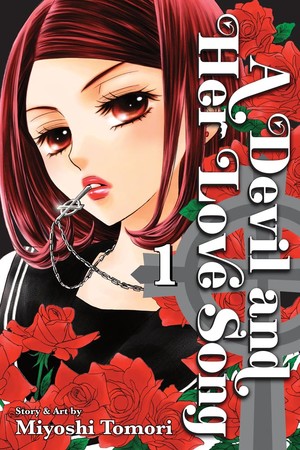 This year’s 14th issue of Shueisha‘s Margaret magazine revealed on Friday that Akuma to Love Song Encore, the new short serialization for Miyoshi Tomori‘s A Devil and Her Love Song (Akuma to Love Song) manga, will end in the magazine’s 15th issue on July 5.

The short serialization debuted in the magazine’s combined 10th and 11th issue on April 20. The manga commemorates the live-action series adaptation of the main manga.

Yokoo Hatsuki directed the series, with scripts by Erika Yoshida, Satoko Ogasaki, and Naomi Hiruta. Sōichi Ueda composed the music. The series is the second part of “Margaret Love Stories,” a collaboration between Shueisha‘s Margaret magazine and Hulu to adapt three manga that ran in the magazine into live-action series.

Viz Media published all 13 volumes of Tomori’s A Devil and Her Love Song manga, and it describes the story:

Meet Maria Kawai – she’s gorgeous and whip-smart, a girl who seems to have it all. But when she unleashes her sharp tongue, it’s no wonder some consider her to be the very devil! Maria’s difficult ways even get her kicked out of an elite school, but this particular fall may actually turn out to be her saving grace…

Maria’s frank nature gains her more enemies at her new school, but her angelic singing voice inadvertently catches the attention of Yusuke Kanda and Shin Meguro. Can these boys mend her hardened heart, or will they just end up getting scorched?