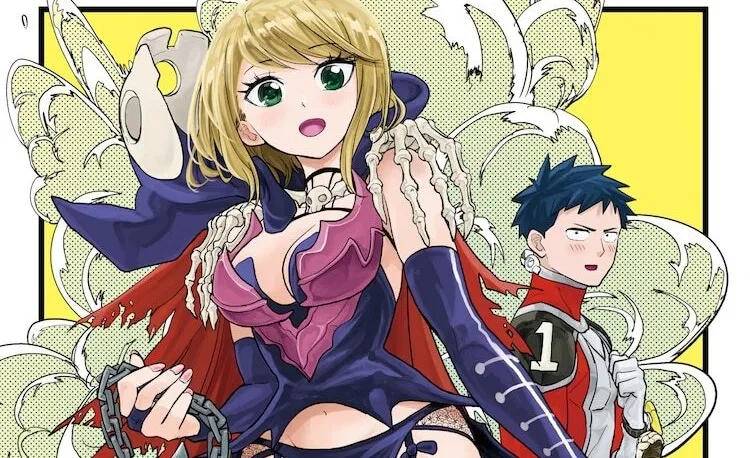 Amazon presents the cover of the May issue of Kodansha’s Monthly Shonen Magazine, which lists that the Koi wa Sekai Seifuku no Ato manga from Hiroshi Noda and Takahiro Wakamatsu’s (Love After World Domination) is receiving an anime project. The magazine will officially launch on April 6.

Fudou Aikawa, leader of the squad of heroes “Gerato 5” with the goal of world peace, and Desumi Magahara, leader of the fighters of the secret society “Gecko” with the aim of conquering the world … The two had a deep “connection” that exceeded the walls of their organizations!

In this world, we have Red (Fudou Aikawa) & The Queen of death (Desumi Magahara) are the enemies as they both belong to the Hero Association and the Evil cult respectively. They both fall in love and now have to keep it secret from their respective organizations.

Noda and Wakamatsu (Ningyohime no Gomen ne Gohan) launched the manga in Monthly Shonen Magazine in October 2019. Kodansha will publish the manga’s third volume on April 8.