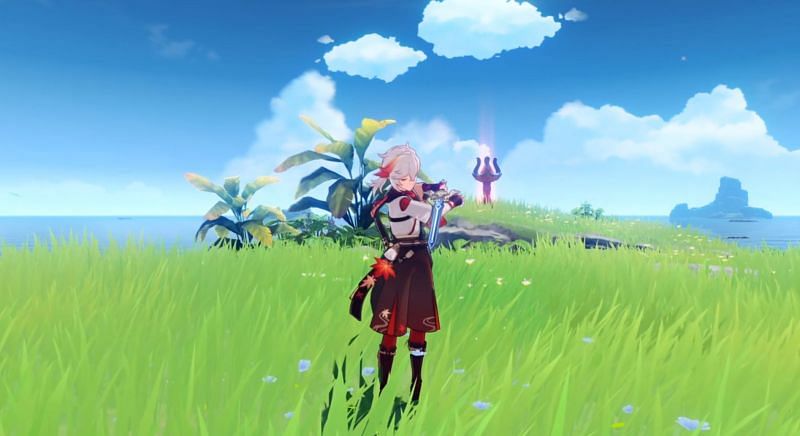 Over the past weeks there have been many leaks and rumors suggesting the release of Kazuha in Genshin Impact 1.6.

Ranging from the addition of a new summer island-themed location on the map of Teyvat to the introduction of Kazuha from the Inazuma region, Genshin Impact 1.6 is rumored to have a lot of new content on offer for players.

Additional leaks have also suggested that Klee, a five-star rated pyro-elemental character, is set to receive a banner re-run with the release of the 1.6 update. With various dataminers suggesting that Klee’s banner re-run will mark the launch of Genshin Impact 1.6, it seems certain that even if Kazuha is introduced in the same update, it will be during the second half.

The series of banner re-runs began with the 1.4 update which saw Venti and Childe receiving boosted drop rates for their respective banners in Genshin Impact.

Here’s everything that players need to know about the leaks that have surfaced for Genshin Impact 1.6.

Based on the usual update cycle that miHoYo follows, Genshin Impact 1.6 is expected to release on June 30th, almost two months from now. This means that Genshin Impact players have a chance of collecting Klee from her banner re-run as soon as the update goes live on the servers.

For those wondering about Kazuha’s release in Genshin Impact 1.5, Klee’s banner re-reun at the beginning of Genshin Impact 1.6 additionally confirms that Kazuha’s introductory banner is expected to release a few weeks later, arguably during the last week of July.

Apart from the leaks that have already surfaced for Kazuha’s playable character, there have also been revelations of the character’s signature Freedom-Sworn five-star rated sword for Genshin Impact 1.6.

With so many indications towards the Inazuma region, there have been various speculations regarding the probability of its release in Genshin Impact 1.6.

If all of these leaks do turn out to be true, Genshin Impact 1.6 will certainly turn into an absolute delight for most fans. However, until miHoYo officially confirms the content that will be available with Genshin Impact 1.6, there’s always a chance of the developers changing their plans for the upcoming update.