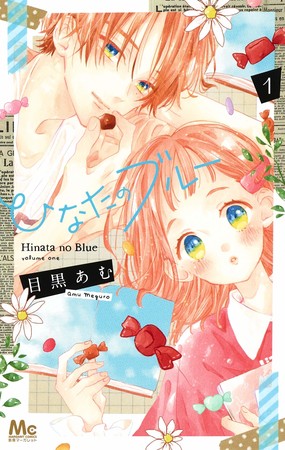 The July issue of Shueisha‘s Bessatsu Margaret magazine revealed on Friday that Amu Meguro‘s Hinata no Blue manga is approaching its climax.

The manga centers on Naru Hinata, who in general has poor communication skills, but who wants to change now that she’s in high school. At the moment she resolves this to herself, she meets the head of the student council, who seems a bit unreliable.

Meguro’s Honey So Sweet manga ran in Bessatsu Margaret from August 2012 to November 2015. Viz Media‘s Shojo Beat imprint has released the eight-volume manga in English. The series was ranked as one of Japanese Bookstore Employees’ top recommended comics for 2014.

The manga inspired a live-action film adaptation that opened in Japan in March 2018.