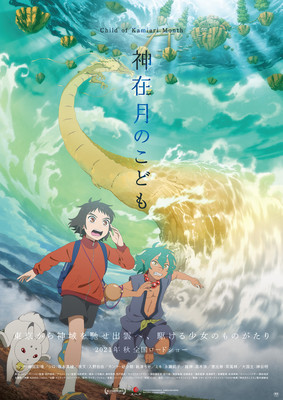 The staff of the Anime Expo Lite virtual event announced on Wednesday that it will host a first look for Cretica Universal’s Child of Kamiari Month (Kamiari no Kodomo) anime film project on Saturday at 5:45 p.m. EDT.

Producers Michihiko Suwa and Uko Oshia and writer Toshinari Shinohe will be present at the event to discuss the film.

The anime film will open in 2021, delayed from its original 2020 opening date.

Aju Makita (live-action Shino-chan wa Jibun no Namae ga Ienai’s Kayo) voices the protagonist Kanna, who loses her love of running after her mother passes away. Maaya Sakamoto (Escaflowne‘s Hitomi, Fate franchise‘s da Vinci and Jeanne) voices Shiro, a one-winged rabbit messenger of the gods, while Miyu Irino (Spirited Away‘s Haku, Tsubasa: RESERVoir CHRoNiCLE‘s Syaoran) voices Yato, an oni boy. Both appear before Kanna and journey with her to Izumo. In the old Japanese calendar, the month of October is called “Kannazuki” (“the month of no gods”). But in Izumo, it is called “Kamiarizuki” (“the month of gods”) due to a legend that the myriad gods of Japan gather at Izumo Shrine during October. 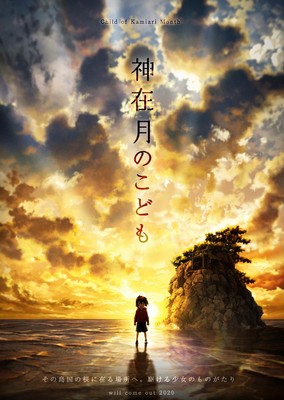 LIDEN FILMS representative director Tetsuro Satomi is the project’s animation producer. She and Her Cat -Everything Flows- director Kazuya Sakamoto is the “creation director.” Toshinari Shinohe is in charge of planning and credited for the original work, while Takana Shirai is credited with the original concept and as animation director. Michihiko Suwa (Detective Conan films) and Teppei Mishima are planners and producers for the project. Haruka Sagawa is the character designer. Tetsurō Takita and Ryūta Miyake are penning the script. Singer-songwriter miwa will perform the film’s theme song “Kanna.”

The SPJA is hosting the virtual event in place of an in-person Anime Expo convention this year.

Anime Expo Lite 2021 will be held on July 3-4 from 12:00 p.m. to 8:00 p.m. PDT (3:00 p.m. to 11:00 p.m. EDT) each day. Tickets to the event will cost US$5, with all proceeds going to the Hate is a Virus commUNITY Action Fund. Tickets are available to purchase now on the TIXR website. Those who purchase a ticket can also watch the streams on a video-on-demand (VOD) basis from July 5-16 in addition to the livestreamed event. SPJA stated that ticketholders will also be able to “access additional programming” on the VOD service.