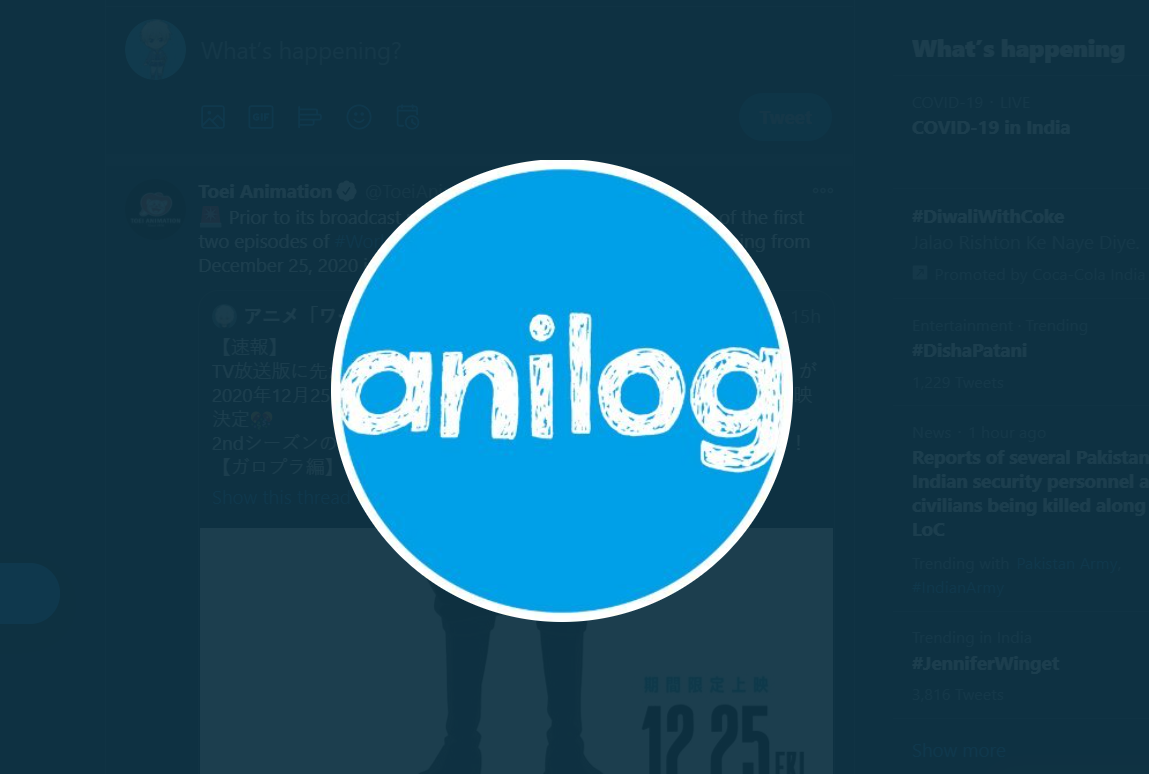 On November 12, Animenewsnetwork published news on their website about the AnimeLog YouTube Channel Launch. As the anime fanbase is continuously growing worldwide & after the success of Ani-One and Muse Asia, 30 Japanese anime studios have decided to provide content on a shared Youtube channel—namely AnimeLog. The official Youtube channel shows that the channel joined Youtube on July 30, 2020.

AnimeLog (Anilog) launched its global YouTube channel on Friday. The launch titles are:

A representative from Analyzelog, the company that runs the channel, told ANN (Animenewsnetwork): “Most titles are available in all countries, but some titles are limited in certain countries. The company started in August that it plans to stream content subtitled in English and Chinese for foreign fans.

AnimeLog describes itself as “Japan’s first official anime channel on YouTube that is available to global users officially licensed by cross-rights holders of TV anime content,” and plans to distribute 100 titles over the next year. . The channel aims to provide legal content to anime fans overseas while giving Japanese companies and content copyright holders control of the channel.

The AnimeLog YouTube channel launched in Japan on August 7 with content such as Black Jack and Future Boy Conan. The channel aims to provide 3,000 anime titles from 30 companies, including Nippon Animation, Tezuka Productions, Toei Animation, Shogakukan-Shueisha Productions, Shinei Animation, and Kodansha, by the year 2022.

Newspaper is your news, entertainment, music fashion website. We provide you with the latest breaking news and videos straight from the entertainment industry. Fashion fades, only style remains the same. Fashion never stops. There are always projects, opportunities. Clothes mean nothing until someone lives in them.