The anime takes place at Gama Gama Aquarium, a small aquarium in Okinawa, an hour’s bus ride from Naha. Kukuru Misakino is an 18-year-old high school student who works there, and she knows about the “secret” of the aquarium: sometimes you can see mysterious things. One day Kukuru meets Fuuka, standing in front of a water tank with flowing hair and a tear rolling down her cheek. Fuuka has given up on her dream of becoming an idol and she has run away from Tokyo to Okinawa. Wanting to find a place to belong, Fuuka earnestly asks to work at the aquarium. The anime follows Kukuru and Fuuka as they deal with the issues of the secret of the aquarium and a looming crisis of its possible closure. 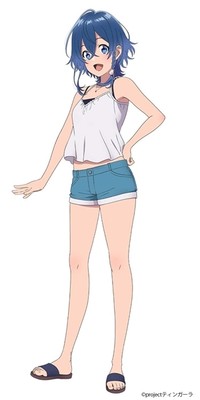 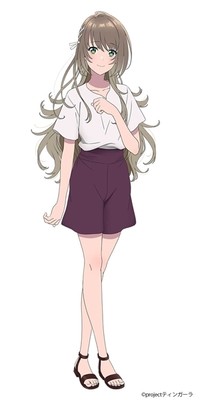 Shimba Tsuchiya as Kai Nakamura, Kukuru’s classmate and childhood friend. He helps his fisherman father, boarding a boat with him before sunrise, and giving his catch of the day to the Misakino family. He is a longtime confidante of Kukuru, and has volunteered to work at the Gama Gama Aquarium during the summer.

Yōhei Azakami as Kūya Yakamashi, a staff member at Gama Gama Aquarium. He speaks frankly, and looks lazy, but is very serious at his job. He is not good at talking to girls in his age group, and often avoids making eye contact with them. With the aquarium as short handed as it is, he runs long shifts that tire him out. He is quite fond of the umeshu that Kukuru’s grandmother makes.

Hiroshi Yanaka as Kukuru’s grandfather, the head of the Gama Gama Aquarium. He entrusts the day-to-day business of the aquarium to Kukuru during summer vacation, as he goes around on important business for the aquarium. He has a bright and kind personality. 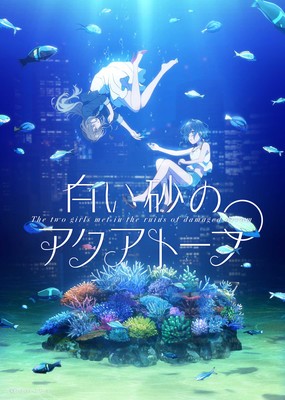 The anime will premiere on Tokyo MX, BS Fuji, MBS, and Ryukyu Broadcasting on July 8.