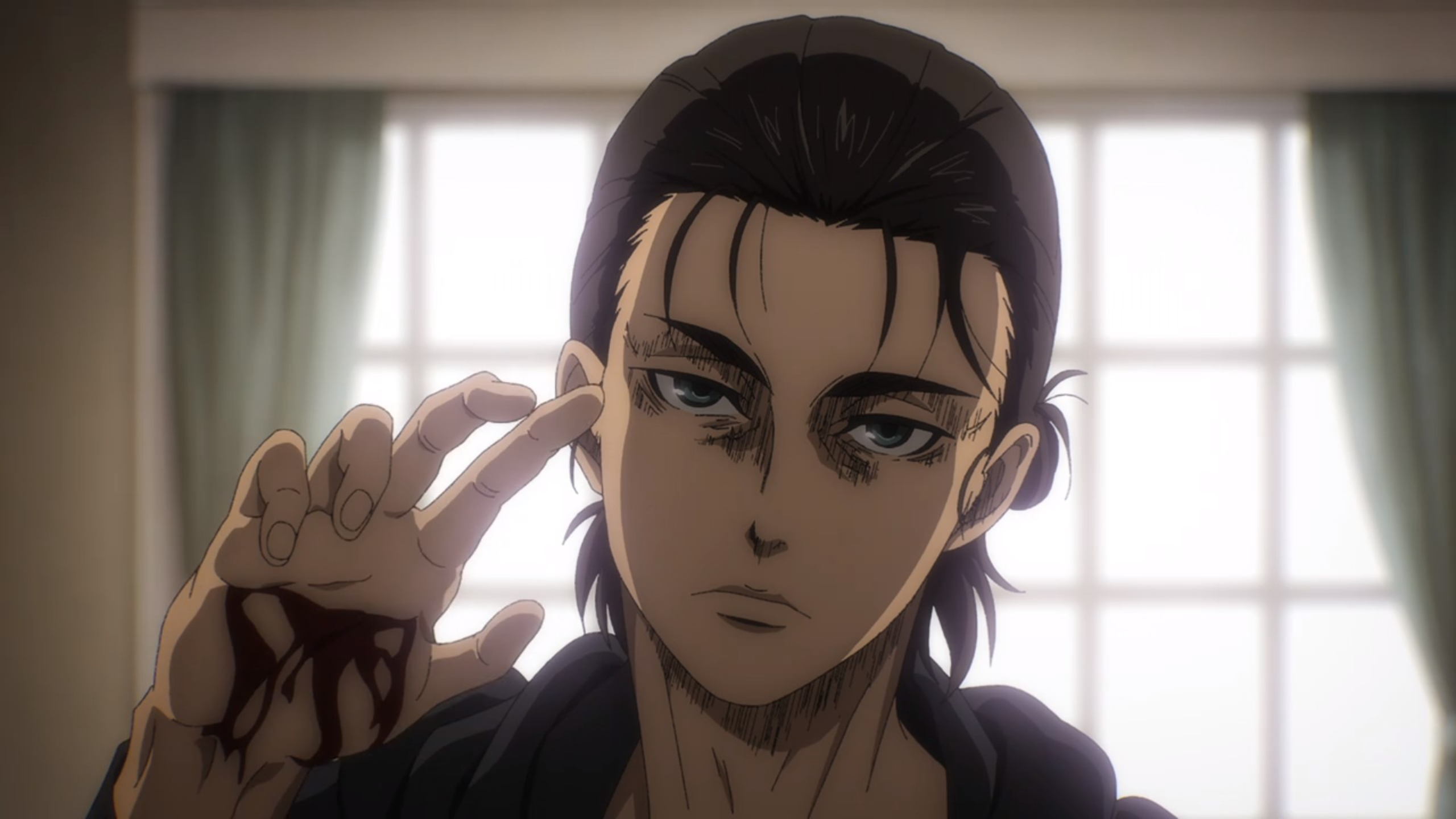 The Jaegerists captured Hange and the Survey Corps in “Attack on Titan” season 4, episode 14 (or episode 73). Meanwhile, Eren Jaeger wants to talk to Mikasa and Armin. The new episode is titled “Savagery”.

In the previous episode, titled “Children of the Forest,” Zeke Jaeger reveals how he mixed his spinal fluid into several gas canisters to convert the Ragako villagers into Titans. He tells Levi that he did it to prevent Marley from finding his connections to Eldia. However, Levi cannot trust Zeke and his stories.

Meanwhile, Levi learns about the recent bombing and Zachary’s death.

Elsewhere, the Braus family arrives at a fancy restaurant. Falco and Gabi look nervous and Artur notices them. Nicolo appears and welcomes the guests. He guides them to their table and Kaya tells Gabi and Falco that Nicolo is the Marleyan prisoner of war working as a chef in the restaurant.

Kaya wants them to find a way to talk to Nicolo. In the meantime, Nicolo is busy preparing the main dish when Greiz tells him he has visitors.

Hange and the other Survey Corps seek Nicolo’s assistance in the Anti-Marleyan Volunteers case. Nicolo asks them to wait as he returns to the cellar. Gabi and Falco follow him and reveal who they are. Little do they know, he was actually close to Sasha.

During the episode, Eren, Floch Forster and other Jaegerists arrive and capture Hange and the others. Eren sits with Armin, Mikasa and Gabi in a room.

Season 4 episode 13 brings to our attention the first step of Zeke’s plan – distributing wine laced with his spinal fluid to the top-ranking officers of Paradis Island’s military. Effectively, in episode 14, we can expect to see Zeke finally enact his plan. If we go by the manga on which the anime is based, then it is likely that the soldiers with Levi in the forest will turn into mindless titans being controlled by Zeke. Consequently, not only will Levi have to fight Zeke, but he will also have to turn against his own comrades. In episode 14, we could also see how this plan affects the young Falco.

Apart from this, in episode 13, Eren approaches Mikasa and Armin and states that he wants to talk to them. It is likely that while Eren will not cooperate with the military, he will try to ensure that they stay out of his way, thereby reducing “unnecessary” annihilation. However, we also see that there is a cut on Eren’s hand. This makes us believe that if things don’t go his way, then Eren could just take on his titan form and continue with his plan nonetheless.

Where to Stream Attack on Titan Season 4 Episode 14 Online?

The 14th episode of Attack on Titan Season 4 will debut on Sunday, March 14. As for timing the episode to air around 3:45 p.m. EDT on the below streaming services.