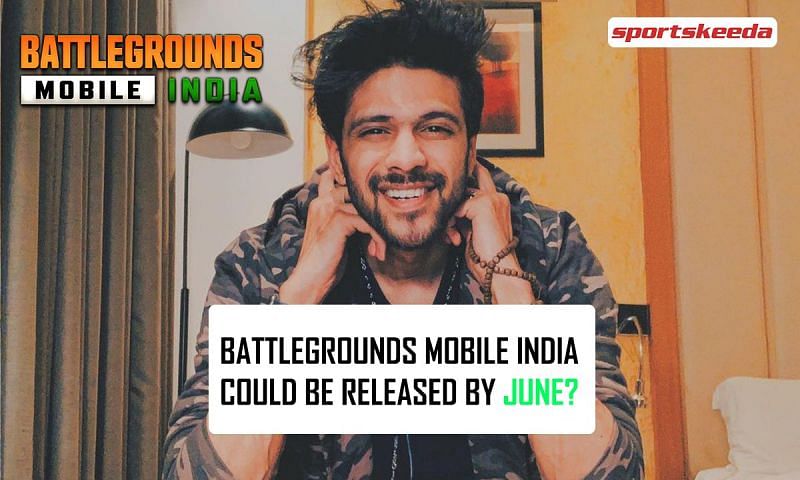 According to famous PUBG Mobile caster and influencer Ocean Sharma, Battlegrounds Mobile India could be made available by June.

Indian PUBG Mobile fans have been waiting eagerly for the game’s comeback in the country. Krafton’s latest announcement of the new title has got battle royale enthusiasts in the country even more excited.

Battlegrounds Mobile India is set to feature exclusive in-game content like events, limited edition costumes, and more. Aside from this, Krafton has plans for numerous tournaments and leagues to foster the development of the competitive side of the title.

According to Ocean Sharma, Battlegrounds Mobile India could be available by June

In an exclusive statement to Sportskeeda Esports, the famous caster said:

“As I previously stated, there will be two major announcements in May, one of which has been made today. Also, if this was just a teaser, the trailer could arrive by the end of the month if everything goes according to plan. Because this was only a baby step, the game could be available by June.”

“The Korean version’s name has also been changed to Battleground Mobile, so I’m guessing the Indian version will be similar to it rather than the Global Version or Game for Peace.”

With all the recent developments taking place, it is expected that the game will soon make its comeback in India.

“I believe an announcement will be made very soon, and the game will most likely be released by the end of May or June; if it does not, the hype surrounding the game will die.”

Meanwhile, as per Krafton’s announcement, Battlegrounds Mobile India will have a pre-registration process before its release.

All that the players can do is wait for the official announcement to be made about the pre-registration and download process. They can follow the social media handles of the game to keep up with all the updates.

Below are the links for them: