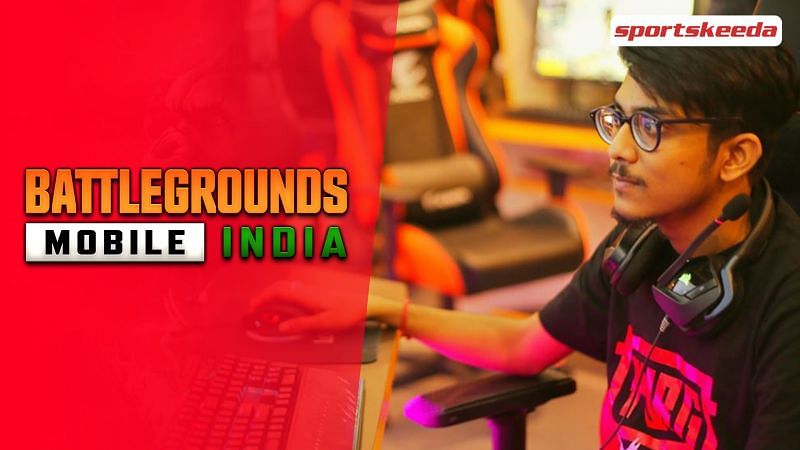 With Battlegrounds Mobile India’s early access finally out, many content creators and online personalities have voiced some of their thoughts regarding Krafton’s upcoming title.

Facebook Gaming’s Shibashis “The Tharki Assassin” Biswas has been one of many who feel that BGMI finally getting its official launch will definitely be revitalizing the mobile esports scene in India.

Shibashis has been one of the more versatile Indian content creators on the platform. And though he might have started his channel with PUBG Mobile, Valorant has recently become one of his all-time favorites, along with GTA V and other single-player titles.

In a conversation with Abhishek Mallick of Sportskeeda Esports, Shibashis talks about his initial days as a content creator and some of the hurdles that he had to face on his road to success.

He is quite optimistic about both Battlegrounds Mobile India, as well as Valorant Mobile. He also feels that both these games will help bring quality esports titles and develop the grassroots of the Indian esports ecosystem.

Here is an excerpt of the conversation.

Q. Shibashis let’s start by having you tell us a bit about yourself. What’s life like for you outside the persona of “The Tharki Assassin”?

Shibashis: Life is indeed great. When I am off-camera, I am just a man who believes in finding happiness in life’s simplicities. I have always been the same fun-loving and energetic person, and starting my profession as a content creator did not really change that side of me.

My journey in this crazy video games industry has indeed been life-changing. These days, I often find people call out “Tharki” in public/gaming events when addressing me, which makes me very happy with the amount of recognition I was able to garner.

I am indeed very grateful to my friends, family, and Facebook Gaming for the amount of success that I was able to achieve.

Q. In a very short time, you were able to build up an incredible number of followers on your channel. How did you initially get started? Was this success something you expected during the initial months?

Shibashis: Time definitely flies by fast, but even then, I would not like to call the amount of time I invested in content creation to be “short” as it took me almost four years to get where I am today.

When I initially got started, I did not even own a PC. I used to go to the local cafe to stand in line and access a gaming PC that can stream with a steady internet connection on a 20 INR per hour basis.

Streaming was never really my choice of career as I was pursuing a profession in medical sciences, and I had opted for microbiology when I had joined college. I used to have a group/gang back then, and we used to often put our heads together and create funny prank videos which were scripted for YouTube.

When I started streaming for my channel, I wasn’t aware that content creation was a viable option to make money and seek a career. So definitely while starting out, this amount of success was not something that I was expecting.

I am grateful and humbled by my fans and supporters even to this date; however, this success came at a cost as I had to take the decision of dropping out of college during the final year and completely concentrate on content creation.

It’s funny to think that I made this decision way before I knew what the words “streamer,” “influencer,” “brands” and “monetization” meant.

Q. What’s the atmosphere like at home? Are your parents supportive of your career choice as a video games content creator?

Shibashis: Just like with any middle-class family, my parents were at first very shocked by my decision to drop out of college. But I had always been strong-willed and at times overly confident as a kid, so I did not give up. Though my mother was heartbroken, my father was the one who supported me in the initial days.

Fortunately, by God’s grace, my hard work finally paid off, and I can openly state that my parents are one of the proudest in Kolkata right now.

Q. During the initial phase of “The Tharki Assassin,” you gained popularity on the channel around mobile phone titles like PUBG Mobile. However, you slowly shifted away from those games to create content on PC and console titles like Valorant, GTA V, Ghost of Tsushima… etc. What prompted this shift?

Shibashis: Well, streaming and creating content around video games was pretty much a foreign thing in India, even a couple of years back.

During this time, I would play a lot of PUBG Mobile, as this was the only game that my friends were able to play with me. However, I always wanted to bring variety to my content, and I remembered those days when I used to grind endlessly in Prince of Persia and Age of Empires.

So like most other streamers and keeping my desires in mind, I realized that I needed to change myself with the changing audience and adapt to a new form and type of content. Hence, I opted to make the shift to GTA V and Valorant.

Q. Valorant has also been one of those games which you often use for your channel; what about the game do you like the most? Who is your favorite Agent, and why?

Shibashis: Valorant is something that I absolutely love. And though I am getting older, the child gamer inside me comes out every time I boot up the shooter in my system. The high-paced tactical FPS keeps my mind active and helps me feel alive.

My favorite Agent is Reyna, and I absolutely love her wild personality. However, I want to take this opportunity to say that I hate the Judge, and Riot should just remove it from the game.

Q. With the announcement of Valorant Mobile, Riot’s shooter will finally be getting ported to handheld devices. Are you excited about Valorant mobile? What are some of the things you want to see in the game when it finally launches?

Shibashis: Yes, I am very excited about Valorant Mobile, and I would love to see the publisher’s implementation of the gyroscope when porting the game for handheld devices.

Q. Battlegrounds Mobile India is also set to have its launch later this year. Can your fans expect you to make content on Krafton’s upcoming title?

Shibashis: Of course, I will be making content on it. Battlegrounds Mobile India is not just a game but an emotion for the Indian mobile esports community. And though I am a PC gamer at heart, I still love and take happiness in playing a variety of titles, especially the ones that promote the economy of the Indian esports scene.

Q. What kind of a shift do you feel Battlegrounds Mobile India and Valoran Mobile will have on the nation’s mobile esports scene when they officially go live?

Shibashis: With both the titles’ official launch on the horizon and BGMI already getting its early access a couple of days ago, I feel that people in even the rural parts of India will finally have some quality esports titles on their hands. What more can we as fans honestly ask for, as it’s a win-win situation.

Moreover, thanks to streaming platforms like Facebook Gaming, enthusiasts from all over the world can watch their favorite content creators play these games, which can have a significant positive impact on the esports scene.

Q. What can fans of The Tharki Assassin expect from the channel in the coming months?

Shibashis: In the coming days, fans can expect to see a lot of vlogs, food blogs, podcasts, live music streams, and much more on the channel. So it will be more of “the real me” than the “gamer me.”