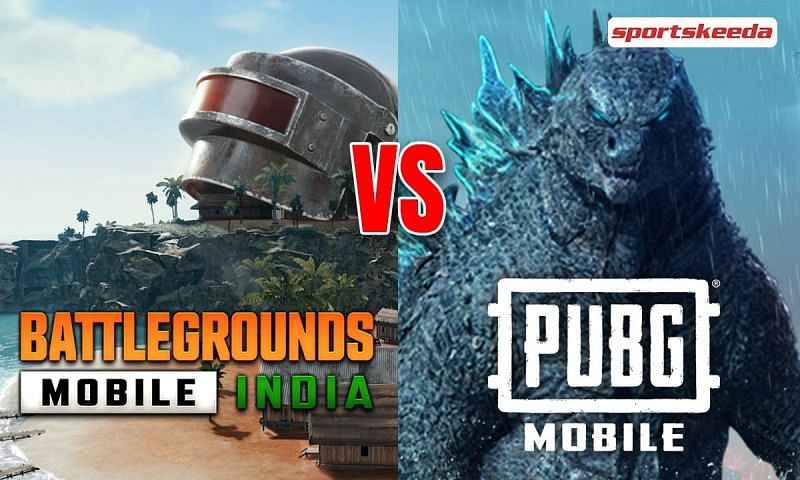 To the delight of Indian users, Krafton recently unveiled the upcoming Battlegrounds Mobile India, exclusively for players in the country. The game, developed by the South Korean company, will provide a world-class AAA battle royale experience on the mobile platform.

In addition to this, the new title will feature its own competitive ecosystem, which will undoubtedly further expand Indian mobile esports.

Battlegrounds Mobile India and the PUBG Mobile global version have some differences that can be identified through the announcement. This article looks at the same.

Note: Not much is revealed about Battlegrounds Mobile India, and these differences are based on the announcement by Krafton

We’re just as excited as you are! BATTLEGROUNDS MOBILE INDIA is all set to take over! #BATTLEGROUNDSMOBILEINDIA #COMINGSOON #INDIAKABATTLEGROUNDS

Posted by Battlegrounds Mobile India on Saturday, 8 May 2021

PUBG Mobile’s global version is available for users from most countries worldwide, except for the specific regions with their own iterations.

On the other hand, as the name suggests, Battlegrounds Mobile India is targeted towards Indian players.

https://youtu.be/5INZBeuaETg
Battlegrounds Mobile India will feature exclusive outfits and events tailored to the needs of local users. The announcement by Krafton read that it will be working with its partners to bring in content regularly.

The South Korean organization is working on various in-game events and content, like limited edition outfits, to commemorate the game’s release.

This isn’t the case with the global version of the game, though it also offers users various outfits and events.

As per a blog by Krafton, the company will be utilizing Microsoft Azure to ensure data protection and security at every stage. Moreover, the players’ personal data will be stored on servers located in India and Singapore.

Last year, the PUBG Mobile global version was blocked in India by the Ministry of Electronics and Information technology due to security concerns, so there are no servers or data to discuss.

Battlegrounds Mobile India is set to feature certain restrictions for underage players, i.e., below 18 years. They will only be able to play the title for 3 hours per day and require their parent’s or guardian’s consent. In addition, the spending limit on paid services is set at INR 7000 per day.

PUBG Mobile has no such confinements for its users.