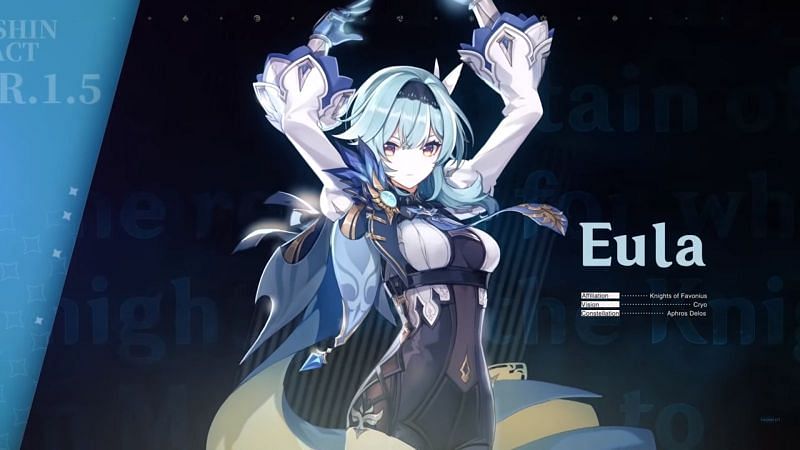 The long-awaited character, Eula, has officially made her debut as a playable character in Genshin Impact.

Eula is a claymore-wielding Cryo character, and she’s one of the best options to fill the main DPS slot on the players’ team. She deals incredible physical damage with her normal attacks, and her Elemental Burst is also very powerful.

Many players choose not to wish on weapon banners and usually don’t have a five-star claymore in their inventory, so this article explains how to build Eula using solid artifacts and four-star weapons only.

F2P and low-spending players have some great weapon options to use on the new Cryo character.

There are several four-star claymores that Eula players can choose from. For one, the Serpent Spine stacks buffs onto her ATK just by keeping her in play. As a main DPS option, Eula should often be on the field for good stretches of time before switching, meaning the Serpent Spine effect works great for her.

The Serpent Spine also increases the damage taken, as the character stays in play for longer periods of time. But, Eula’s Grimheart stacks can counter this debuff.