Takato and Junta are back at it with more acting and more BL romance!

The anime adaptation of Hashigo Sakurabi’s DAKAICHI -I’m being harassed by the sexiest man of the year- will continue on the big screen this autumn. Aniplex has announced that a new film is on its way, adapting the manga’s popular “Spain arc.”

Check out the first key visual for the film: 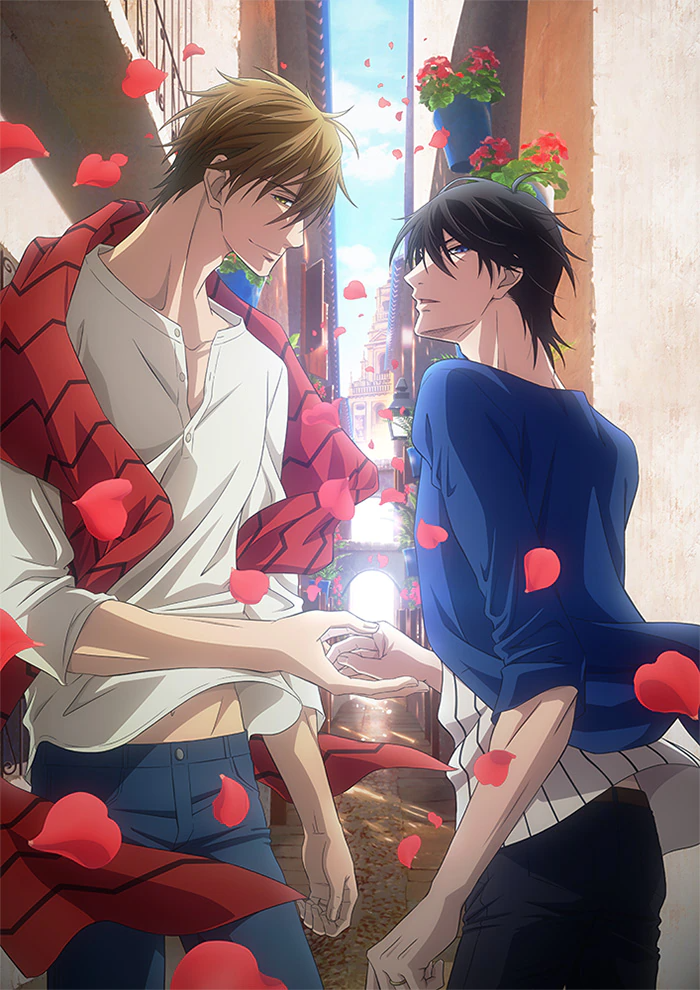 As well as the first teaser:

Hiroki Takahashi and Yuuki Ono are confirmed to be returning to the roles of Takato Saijō and Junta Azumaya, respectively. More information on the cast and crew will become available as time goes on.

A summary of the series:

The veteran actor who has held the title of “Most Desirable Bachelor” for 5 years in a row, Takato Saijyo, and the up and coming actor who recently dethroned him, Junta Azumaya. Enter the cut throat world of the entertainment industry, where the two most desirable bachelors find themselves in a forbidden scandal. The biggest scandal of 2018 is about to unfold!

DAKAICHI -I’m being harassed by the sexiest man of the year- ~Spain Arc~ hits theaters in Japan in Autumn 2021. No announcement has yet been made concerning a global release.