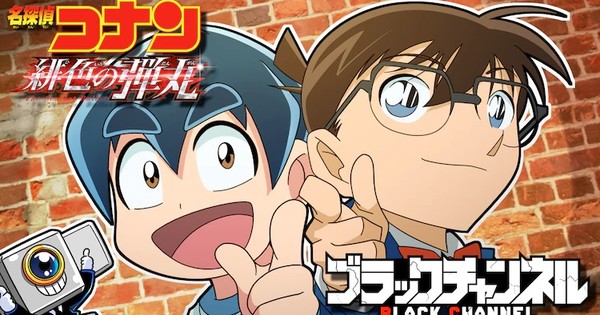 The official Twitter account for the YouTube anime adaptation of Kei Kisaichi’s (name romanization not confirmed) Black Channel manga revealed last Friday that the anime will have a collaboration with the upcoming Detective Conan: The Scarlet Bullet (Meitantei Conan: Hiiro no Dangan) film. The collaboration will have two anime that will debut on YouTube on April 14 and 16. 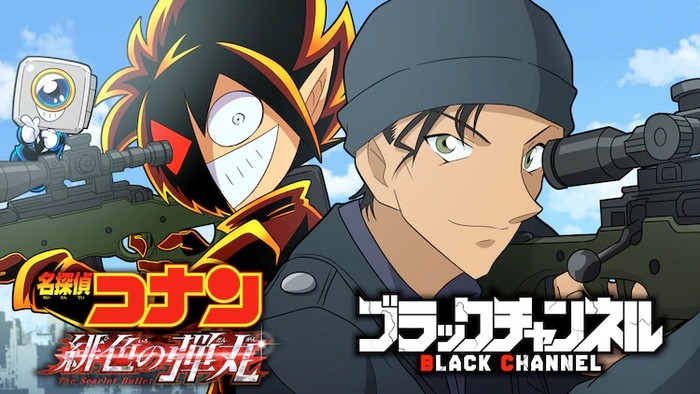 The Black Channel manga’s story centers on the demon Black who comes to the human world in search of content for videos. He wants to expose the hidden side of humans, games, and hobbies. Black’s “high-efficiency assistant” is the camera demon Camera-chan. The anime debuted last September.

Meitantei Conan: Hiiro no Dangan is the 24th film in the franchise. The film was slated to open on April 17 last year, but was delayed from its original date due to concerns about the new coronavirus disease (COVID-19). The film will now open on April 16 this year. The film will also have a simultaneous release in 22 countries and territories outside of Japan: Taiwan, Hong Kong, South Korea, Singapore, Malaysia, Indonesia, the Philippines, Brunei, Thailand, Vietnam, Germany, Austria, Switzerland, Lichtenstein, Luxembourg, the United Arab Emirates, Oman, Kuwait, Bahrain, Qatar, Saudi Arabia, and France.