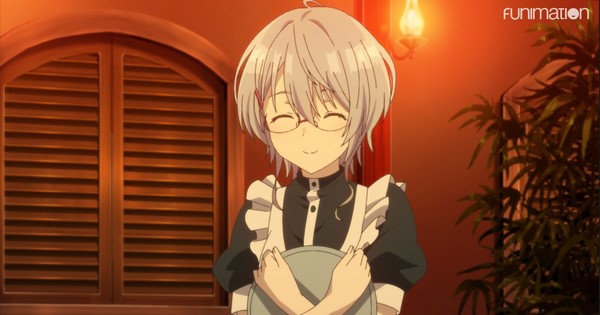 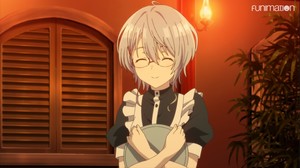 The Bottom-tier Character Tomozaki anime is back with a half-length OVA episode. This one focuses on the soft-spoken and angelic Kikuchi, who despite her valuable supporting role spent most of the anime’s runtime in the sidelines. As usual for these kinds of bonus episodes, this was nothing too substantial as far as the story went, but it was nice to spend time with these characters again.

Funnily enough, even though this was her spotlight episode, Kikuchi still spent most of it shrinking away from social interactions. It’s quickly established that she has a good rapport with her co-workers at her the café she works part-time at, but when Tomozaki and the others show up unannounced, she avoids serving them herself and instead watches them anxiously from a distance. Honestly, I can’t blame her one bit because I would absolutely do the exact same thing in her shoes.

What makes this episode interesting is the contrast between the positions of Kikuchi and Tomozaki. They’ve always been good foils for each other because they’re both introverts who spend a lot of time simply watching other people. Although Tomozaki is part of a group with Hinami, Yuzu, Mizusawa, and Takei, he doesn’t actively contribute much to the conversations, only making thoughtful comments here and there. But the fact that he puts himself out there at all makes him different from Kikuchi, who can only really thrive in a one-on-one environment.

My favorite part of the episode is when Kikuchi’s co-worker remarks on how good-looking everyone in Tomozaki’s group is. There’s a brief fake-out moment when he suggests that one guy in the group isn’t handsome, but when he describes the guy as buff instead it becomes clear that he’s talking about Takei rather than Tomozaki. Little observations like this go a long way towards affirming Tomozaki’s evolution. It’s one thing to have a friend tell you about how much your appearance has improved, and quite another for a stranger to casually acknowledge you as handsome without a second thought. The latter is when you really know you’ve made it. Kikuchi’s quiet pride represents how we’re all feeling about Tomozaki.

Other highlights of this episode include Mizusawa’s extended talk about his crush and Hinami’s reaction to it all. It’s a reminder that their dynamic was one of the more interesting in the series. They’re playing 5D chess against each other and everyone is oblivious to it, except for Tomozaki who was there when Mizusawa actually confessed to her. Ultimately, the conversation doesn’t really go anywhere, but once again it’s nice to see the sharp character writing persist even in a “filler” OVA. 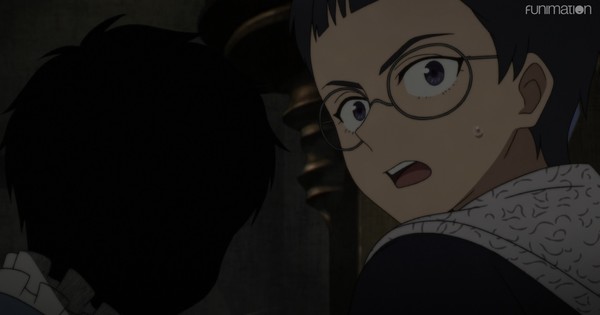 [ad_1] As it turns out, Shadows House was playing with our senses in a couple of ways. First and foremost was the perspective we got of Emilico sitting on the piano stool – it was deliberately framed so that it looked as if the furniture was all a size or two too big for her… 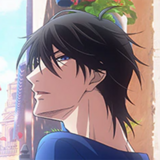 [ad_1] Takato and Junta are back at it with more acting and more BL romance!   The anime adaptation of Hashigo Sakurabi’s DAKAICHI -I’m being harassed by the sexiest man of the year- will continue on the big screen this autumn. Aniplex has announced that a new film is on its way, adapting the manga’s popular “Spain arc.”   Check… 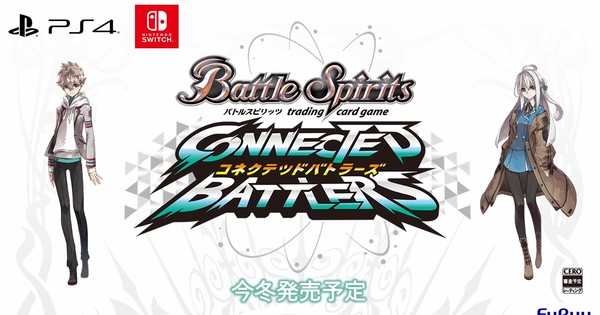 [ad_1] Game developer and publisher FuRyu announced last Friday that it is developing a video game for the Battle Spirits card game franchise titled Battle Spirits: Connected Battlers. The game is slated to ship for the PlayStation 4 and Switch this winter. Bandai launched its original Battle Spirits trading card game in 2008. In the… 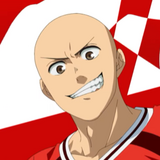 [ad_1]   If you need some music to pump you up today, then Burning Kabaddi, a TV anime based on the hot-blooded sports manga by Hajime Musashino, has got you covered, because the opening and ending animations for the series have been uploaded to Youtube for fans to enjoy.   The opening animation (above) features…

[ad_1]   Hello everyone, and welcome back to Why It Works. I’m sure you’re all enjoying the commencement of the spring anime season, but at the moment, my mind is utterly preoccupied with something else entirely: the final Rebuild of Evangelion film, 3.0+1.0 Thrice Upon a Time. Neon Genesis Evangelion was the show that first… 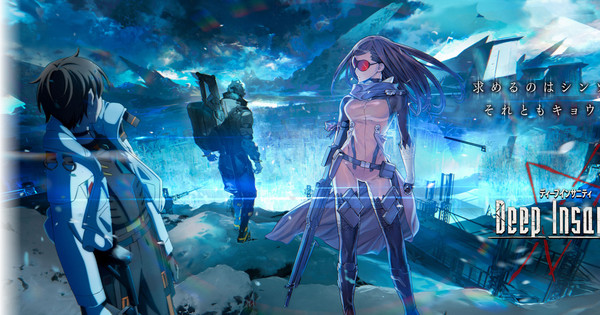 [ad_1] Manga about disease from underground realm is already running with future iOS/Android/PC game Squaren Enix announced a new Deep Insanity media project that has an ongoing manga, a game, and a television anime called Deep Insanity: The Lost Child that will premiere this October. The project is set in a world overrun with the…