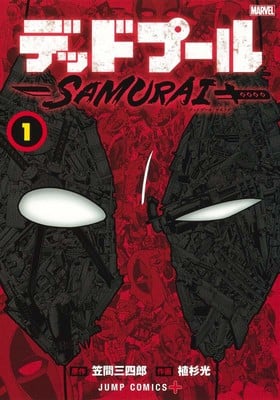 The 14th chapter of writer Sanshirō Kasama and artist Hikaru Uesugi’s Deadpool: Samurai manga revealed on Thursday that the manga is entering its climax, and will continue on for “only a little bit longer.”

The Deadpool: Samurai manga launched on Shueisha‘s Shonen Jump+ website on December 10 last year as a short serialization. Shueisha shipped the first compiled book volume in Japan on March 4, with the second volume slated for July 2.

Kasama and Uesugi previously published a one-shot in October 2019 under the same title on Shonen Jump+ as part of a collaboration between Shueisha and Marvel Comics to publish a biweekly series of seven manga short stories.

Viz Media will release the manga as part of its collaboration with Marvel Comics to publish manga and comics based on Marvel characters.