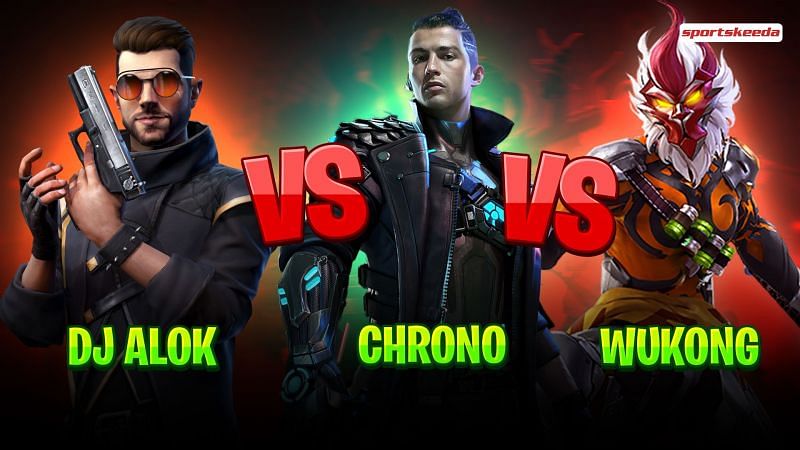 The Factory Challenge is one of the most challenging custom room modes in Free Fire.

Made by popular content creators, the challenge sees two players landing on the roof of the Factory (a location on the Bermuda map) and fighting it out using only fists or melee weapons.

This article compares three of the most popular characters in Free Fire – DJ Alok, Chrono and Wukong – to determine which is a better choice for the Factory Challenge.

Assessing the abilities of DJ Alok, Chrono and Wukong in Free Fire

DJ Alok has an ability called Drop the Beat. At its base level, this ability generates a 5m aura that increases ally movement speed by 10% and recovers 5 HP/s for five seconds.

DJ Alok can be leveled up using character fragments. At his highest level, Drop the Beat increases ally movement speed by 15% and recovers 5 HP/s for 10 seconds.

Chrono has an active ability called Time Turner. At its default level, this ability creates a force field that prevents enemies from dealing 600 damage. Players can fire at opponents when inside the force field.

When this character is equipped, the player’s movement speed inside the force field is also increased by 5%. The effects last for three seconds and have a 200-second cooldown.

At the highest level, Time Turner increases the player’s movement speed by 15%. The effects last for eight seconds, with a 170-second cooldown.

Wukong has an active ability called Camouflage. At its base level, this ability can transform the player into a bush for 10 seconds. The CD is for 300 seconds. The transformation stops when the player attacks an opponent. However, the CD resets when they take down an enemy.

At his maximum level, Wukong’s CD period reduces to 200 seconds, and the transformation duration increases to 15 seconds.

Verdict: Who is better for the Factory Challenge? 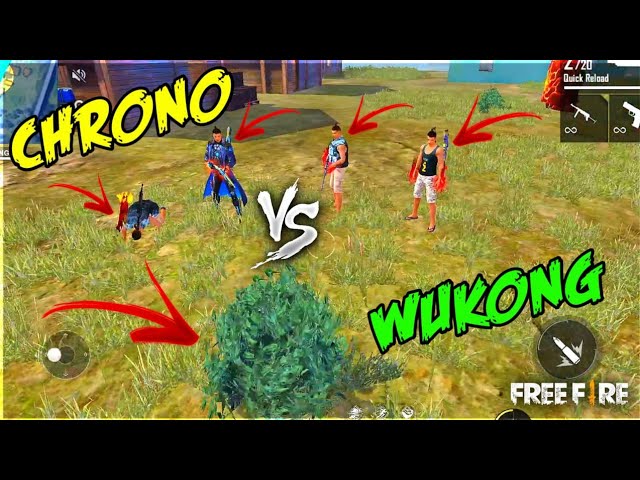 Chrono and Wukong’s abilities are not as helpful in the Factory Challenge. Chrono’s force field can improve the player’s movement speed only by a small percentage, while Wukong’s ability can only transform players into a bush for a few seconds.

DJ Alok’s ability is much more effective in the Factory Challenge as it allows players to regain HPs during fistfights.

Based on their abilities, it is safe to say that DJ Alok is a better choice than Chrono and Wukong for Free Fire’s Factory Challenge .

Note: Since the Factory Challenge is a custom room mode in Garena Free Fire, the weapon choice solely depends on the individual player. The fights are usually 1v1, and the weapons used are melee and fists. This article compares the two characters based on these criteria.