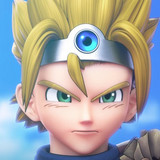 Free-to-play game Dragon Quest Rivals Ace launched in Japan in August of 2020, and was a rebranding of the original Dragon Quest Rivals that launched back in 2017. Its time is about to come to an end, though, because Square Enix announced plans to end service for the digital card game on July 5 at 1:00pm Japan Time.

Square Enix’s announcement says that, while the team has been working hard to provide better service every day, it will be difficult to deliver the level of service that will satisfy fans moving forward.