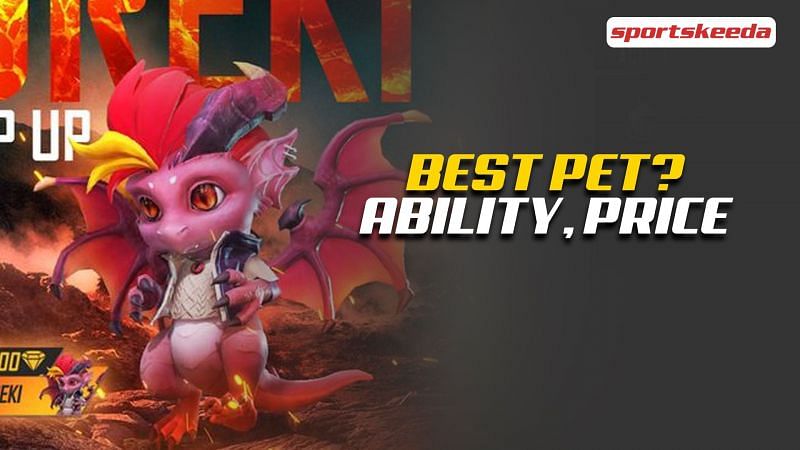 Like most pets in Free Fire, Dreki has special abilities that can help the player in a match. Several in-game items like Dreki’s emotes and skins were also released on the same day in the Free Fire store.

Dreki Top Up event and Dreki’s price in Free Fire

As previously mentioned, Dreki was first introduced in the Dreki Top Up event in Free Fire on April 3rd. The event is still underway and will end on April 13th.

Dreki is not yet available in the Free Fire store, which means it does not have a price tag yet. However, players can obtain the pet by simply purchasing 300 diamonds from Free Fire’s top-up store. Soon after purchasing the diamonds, players will be able to claim Dreki from the Events > Dreki Top Up tab.

Dreki has an ability called Dragon Glare. At its base level, this ability can detect opponents who use medkits within a 10m range. However, the effects last only for 3 seconds.

At its highest level (pet level 7 and skill level 3), Dragon Glare can detect opponents who use medkits within a 30m radius. The skill is only active for 5 seconds.

Skins and emotes of Dreki

Apart from purchasable emotes, there are several other emotes and skins that can be unlocked as Dreki’s level is increased. They are:

The Dreki Top Up event will last for another 4 days, so Free Fire players need to hurry up and take advantage of the ongoing event.