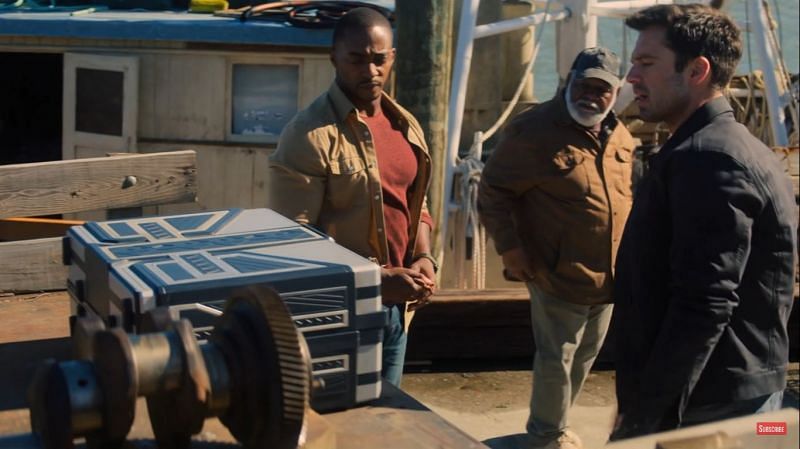 The Falcon and The Winter Soldier Episode 5 started on a thunderous note with a confrontation between Sam, Bucky, and John Walker aka the new Captain America. However, it ended on a far more mystifying note that has left Marvel fans wanting for more.

Episode 4 ended on a cliffhanger as the new Captain America tainted the Shield and everything it stands for by killing a Flag Smasher. In his defense, John lost his friend Lemar (Battlestar) just moments ago, and that might be forgivable

The fifth episode of The Falcon and The Winter Soldier series continued on the same bloody path and provided some of the most action-packed scenes in the series.

The description for the episode mentions that John Walker is to be reprimanded for his actions. Meanwhile, Sam and Bucky have returned to the US.

Hidden between these seemingly obvious transitions, there are numerous Easter eggs planted by the showrunners. Fans can spot some of them only if they are remarkably attentive.

For those who couldn’t understand the ending or find any hidden clues, fret not. This article will focus on the ending and 5 Easter eggs Marvel fans probably missed in The Falcon and The Winter Soldier Episode 5. 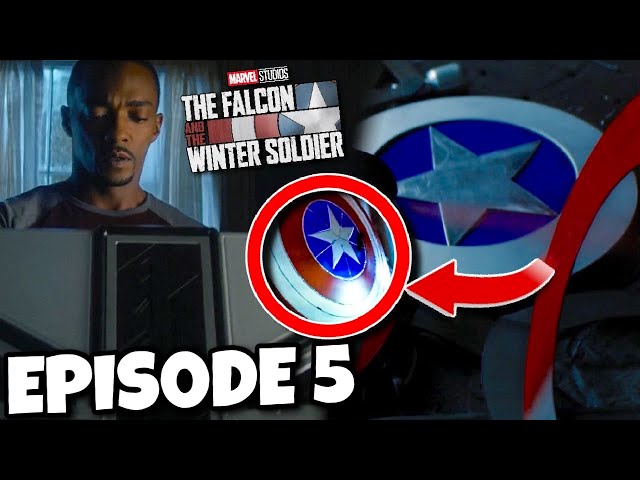 Popular YouTuber 3C Films uploaded a comprehensive video breaking down all the plot points in The Falcon and The Winter Soldier Episode 5. He highlighted some of the finer details that may have slipped past everyone simply because the episode was action-packed and focused on character development.

In the episode, John Walker lost his cool and started acting like a character from Mortal Kombat. He tore through Falcon’s Wingsuit as if it was made out of paper. Not to mention he manhandled Bucky quite easily throughout the first fighting sequence.

The brilliant performance from actor Wyatt Russel reached its crescendo when the new Cap was brazen enough to say “I am Captain America” to an Avenger.

The fight ended with Bucky and Sam breaking Walker’s arm to take back the Shield. But US Army soldier Joaquin Torres quickly cuts in the next sequence and fans might have missed the hidden Easter egg here.

Joaquin Torres is being projected as the next Falcon, as Sam will finally accept his fate and pick up the Shield to become the new Captain America. According to rumors, the showrunners are setting up this chemistry between Sam and Joaquin which would be explored in The Falcon and The Winter Soldier Season 2.

This theory was brought to life in Episode 5 as Sam donated his battle-torn Wingsuit to Joaquin. Hence, Joquain Torres rising as the next Falcon is only a question of time.

#4 Captain America’s Court Marshall – down but is he really out?

Actor Clé Bennet aka Lemar Hoskins became a fan favorite with his brief screen time on The Falcon and The Winter Soldier. His positivity and humanity reminded fans of a younger Sam Wilson. His death came as a shock, and it rattled John Walker enough to kill an innocent Flag-Smasher with the Shield.

It was not only the killing of an innocent but a public execution, the first of its kind in the Marvel universe, that has led fans to believe that John Walker is a darker villain than Thanos.

Regardless, numerous fans are defending Walker’s actions, some are even claiming that he shouldn’t be punished at all. Meanwhile, the other half are disgusted with him for desecrating Captain America’s Shield.

His punishment? Well, technically, he is Captain America, which gives him a get-out-of-jail-free card.

Instead, the government strips him of his military rank and benefits. Actor Wyatt Russel went on a monologue that captivated fans.

However, the court marshall was wrapped up with a surprise cameo from Val, better known as Madame Hydra in the comics. YouTuber 3C Films believes is related to Marvel’s Thunderbolts.

Thunderbolts are the Marvel version of DC’s Suicide Squad; a bunch of anti-heroes teamed together to redeem whatever good is left in them. Only time will tell how the ending of The Falcon and The Winter Soldier will set up the narrative for the Thunderbolts movie

The episode continues to show Baron Zemo returning to Sokovia after the events of Avengers: Endgame. He has a confrontation with Bucky where the former admits that he doesn’t want to kill him, even though he despises Super Soldiers.

Bucky responds with a neat trick by removing all the bullets from the gun before pointing it at Zemo. Bucky eventually hands him over to Ayo and the Dora Milage to rot away in the cells of Wakanda.

However, Ayo mentions the R.A.F.T prison from Captain America: Civil War and it plays really well with the continuity in the Marvel Universe.

Baron Zemo will be imprisoned again, but he might return in with the Thunderbolts plot, as he is the leader of the anti-hero squad in the comics.

Isaiah Bradley was introduced early on in The Falcon and The Winter Soldier. He was part of the African-American soldier group which was experimented on with the Super Soldier serum. They were sent on missions to test out their abilities and this is where Isaiah came face to face with Bucky.

The US government treated Isaiah Bradley and his team as expendable soldiers. Bradley mentions how he stole Captain America’s Shield to rescue his squad when they were captured by the enemy. Even though he did the same thing as Steve Rogers, Isaiah was incarcerated and labeled as a traitor.

This highlighted how one man’s reward can be another’s punishment in the US Military, and it is simply because of the discrimination. Isaiah highlights that the government would never accept a black Captain America.

This is one paradigm shift that was set up from the beginning of The Falcon and The Winter Soldier series. It is easy to predict now that Sam will rise as the new cap by the end of the series.

Before we discuss the ending, here are some honorable mentions:

The post-credits scene in Episode 5 gave fans a glimpse of John Walker rising as a US agent. He has now been stripped of his title and is looking for revenge on Karli and the Flag Smashers. John Walker will likely face Sam and Bucky during the last fight.

The ending scene of the episode closed with Sam opening his gift from the Wakandans. According to leaks, the new Captain America costume is similar to the comic book version.

Walker crafting his own Shield remains to be the highlight of these ending scenes. It reminded Marvel fans of the iconic scene from Iron Man 1 where Tony Stark makes his suit from scraps.

He is also going to wear a new suit in the upcoming episode of The Falcon and The Winter Soldier. Only time will reveal how the showrunners have planned to conclude the series with a definitive finale.