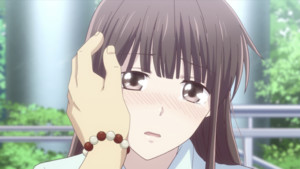 This week, Fruits Basket the Final featured some of the anime’s most moving scenes yet. However, it didn’t include much actual movement. This pandemic has been rough on animators, so I’ve been hesitant to call out this kind of thing, but this episode has made it particularly difficult to ignore. Running/walking loops, pans of still artwork, and CGI details (like petals or tears falling) as the only visible movements were common. Still, even when the animation fell to a standstill, Fruits Basket‘s trademark emotional storyline, impassioned voice acting, and fantastic soundtrack work overtime to make “Goodbye” impactful.

It’s difficult to remember that just a few seasons ago, Fruits Basket was setting up a love triangle between Tohru, Yuki, and Kyo. There’s certainly no room for Yuki now in a love confession that now feels like it was always inevitable. But as obvious as these lovebirds are to the audience, Tohru begins the episode convinced that her time with Kyo is over for good. Her crush’s MO of running away appears to be contagious as she flees before she can even consider another option. She doesn’t want to make trouble for Kyo—a fixation that is definitely Kyo’s fault ever since he said he was “disappointed” in Tohru three episodes ago, and I’m glad that he takes some time to acknowledge this week what a dick move that was.

It’s an adorable and revealing detail that Tohru practiced in the hospital so she could smile the next time she saw Kyo. She was psyching herself up for a lifetime without Kyo because, as mature and emotionally intelligent as Tohru may often be when helping out the Somas, she is still a dramatic teen. Another extremely Tohru moment was when she asked if she could hold Kyo’s hand and he gestured down: “You’re already holding it.” In other words, they’ve been dating for a while already and Tohru hadn’t realized it. While there is hardly any animation here, the camera captures the tenderness of their confession by alternately giving us Tohru and Kyo’s perspectives. By framing each character’s face the way the other would see it, it invites the viewer into their love story.

Despite these happy moments, this is a particularly tearful episode. It’s significant that after a lifetime of smiling through the pain, Kyo was Tohru’s breaking point. While a lot of her previous sorrow is about the past, Kyo is somebody who represents Tohru’s future. It’s the same for Kyo. After a lifetime of running away, he’s finally ready to turn over a new leaf with Tohru. You know he’s ready to be vulnerable when he asks if he can hug Tohru, even though he’ll turn into a cat. Reality check: who among us wouldn’t be fine with our SO occasionally turning into a cuddly animal? It may be a curse in Fruits Basket, but in my book that would be pretty neat. I’m actually a little upset that Tohru never got some Kyo kitty cuddles even once! I also wasn’t a huge fan of the long, distant shot of their embrace to indicate that the curse had broken. Far from the excitement I was intended to feel, I honestly just thought my internet connection had paused.

The B part of the episode segues into the long-telegraphed severance of the Soma curse. Akito is handling her new loneliness well, which is supposed to redeem her, but I still can’t forget all the people she has mentally and physically injured for years. Did we forget that Hatori lost his sight in one eye? We find out what Tohru and Akito were talking about in the hospital two episodes ago, and it’s Tohru’s very own Akito whitewashing campaign as the girls acknowledge, and then reject, their perceived roles as opposites. Tohru says it doesn’t matter who’s right or who’s wrong, just that she feels bad for hurting Akito by trampling over her ideals. Uh, may I object? Akito has objectively hurt a lot of people with her worldview; it’s not harmless! There seriously is a right side here, and it’s Tohru’s. It’s so typical of her to see the good in everyone – even in the formerly villainous Akito – past the point of common sense.

Finally, we learn the story of the first banquet and it resolves a lot of loose threads like: why is there a cat among the Zodiac we know, and why does everyone hate it? Now we know: they hated the cat because it was right; the cat was the only one who saw God’s blessing as the curse it eventually became. And it’s only after the curse is gone that each member of the Zodiac can perceive with sudden wide-eyed clarity the blessing in this curse: a permanent barrier from loneliness. Tohru’s voice narrates this forgotten history during the episode, then, in the post-credits scene, God does. I don’t think Tohru actually knows this story; I think her voice was used for the narration to drop God’s side of the story as a post-credits surprise. It’s telling that God established the curse in order to protect themself from rejection, which is a very human concern. Just like Kyo and Tohru demonstrated in their confession, sometimes the biggest reward comes from making yourself totally vulnerable. 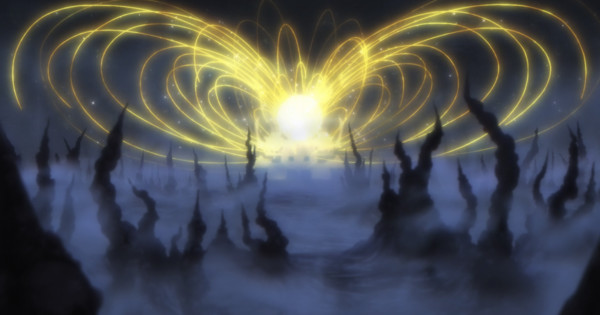 [ad_1] As the Granedger moves past the illusionary first wall and approaches the second wall, they realize that they are surrounded by strange spires. These structures are made of human skulls, bodies, and agonized faces – including the recently deceased Werner Conrad. Another messenger arrives from the Lind Faith to tell the Granedger crew that…

[ad_1] posted on 2021-05-04 17:44 EDT ANN is changing the way we credit our news tippers in order to prioritize their privacy. Below is our new policy for news tip submissions and crediting those who send us news tips: If we receive a public tip from a social media account or from our forums, we… 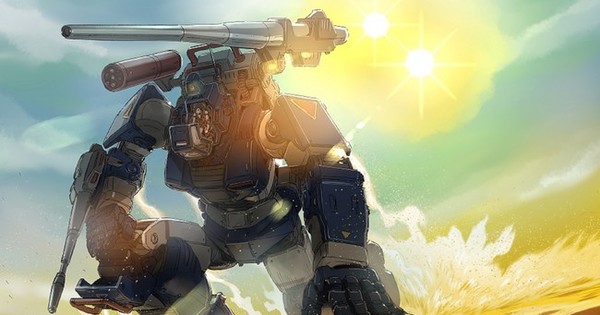 [ad_1] Shogakukan announced on Thursday that manga creator Yasuo Ohtagaki will draw a new manga based on the Fang of the Sun DOUGRAM (Taiyō no Kiba Dougram) military robot mecha anime series. The color manga is titled Get truth Taiyō no Kiba Dougram, and it will launch as a web manga in Shogakukan‘s eBigComic4 manga… 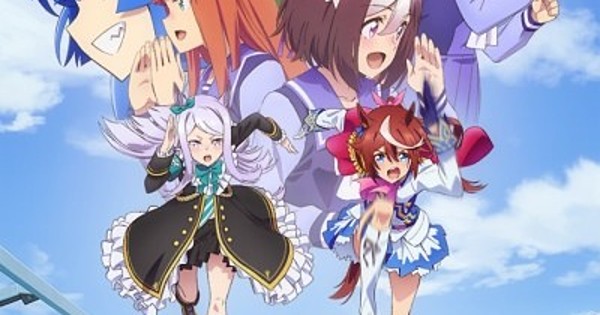 [ad_1] The first season of Uma Musume Pretty Derby can take a bit of getting used to with the terms it wants to be engaged on in order to get into, to let yourself have fun with it. Similarly, Season 2 has a bit of its own circumstances that viewers have to understand going in….

[ad_1] After being so deeply moved by Setsu’s performance, Shuri decides to seriously pursue playing the shamisen. With Setsu at the center, Shuri, Shuri’s childhood friends Yamazato Yui and Yaguchi Kaito, and the addition of Nagamori Rai, a fellow student with shamisen experience in a different style, the Tsugaru Shamisen Appreciation Club is formed! But… 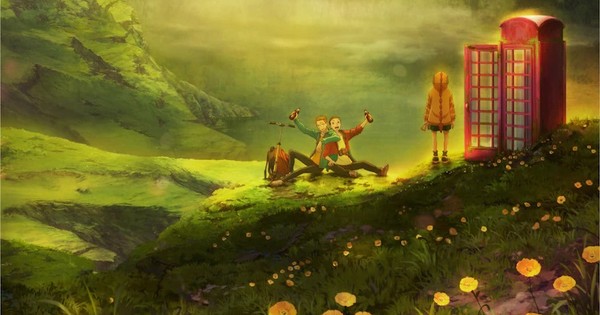