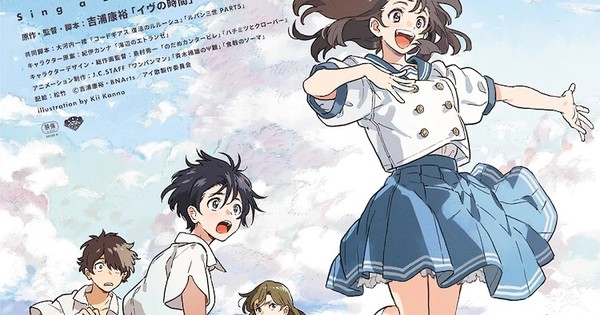 Funimation unveiled a new trailer, cast, and more staff for it and J.C. Staff‘s original anime film coproduction Sing a Bit of Harmony (Ai no Utagoe o Kikasete, literally “Let Me Hear You Sing of Love”) on Tuesday. The trailer previews the characters’ voices.

Ryō Takahashi (Sk8 the Infinity) is composing the music, and Yohei Matsui (Ensemble Stars!) is writing the songs.

The film will open in Japan in 2021, and is “coming soon” to theaters in the United States and Canada.

The film tells the story of a new transfer student interested in her surroundings, and a song that brings happiness to her and her classmates.

Yasuhiro Yoshiura (Time of Eve and Patema Inverted) is directing the film. Yoshiura and Ichiro Okouchi (Code Geass, Princess Principal, Seven Days War) are co-writing the script. Kanna Kii, the creator of the Umibe no Étranger manga, drew the original character designs. Shuichi Shimamura (Honey and Clover, Nodame Cantabile) is designing the characters for animation, and is also the chief animation director.