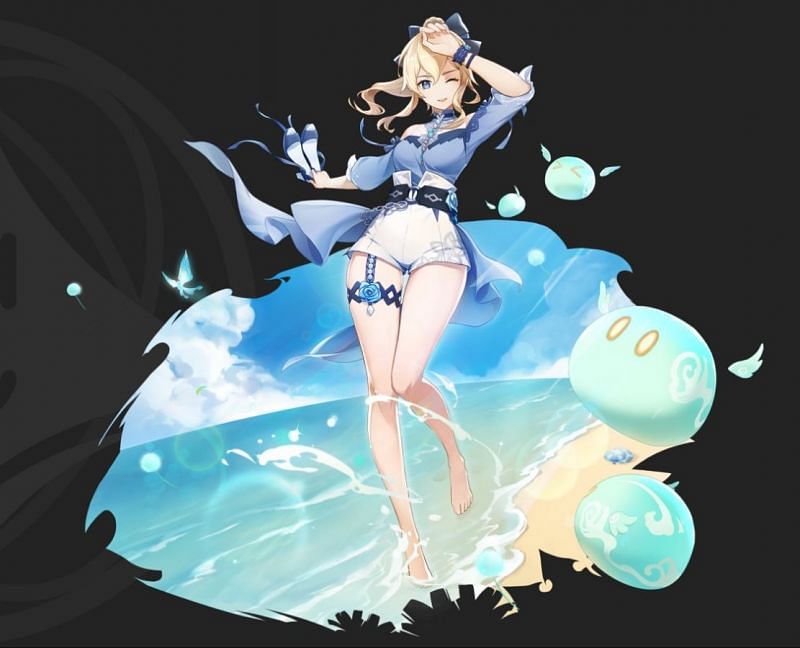 Some Genshin Impact fans are going to be disappointed when they find out that Jean’s summer skin could cost $20.

Fortunately, there will be some discounts throughout 1.6 if some players find $20 a bit too steep for a single skin. As is with all Genshin Impact leaks, players should temper their expectations, as this particular leak is not set in stone. Prices may vary, but this isn’t the first time miHoYo has sold in-game costumes for real-world cash.

Genshin Impact has had microtransactions before, so this is nothing too out of the ordinary. Based on the success of this event, Genshin Impact fans can expect to see more costumes for other characters set at a price.

In Honkai Impact 3rd, some costumes can cost over $30. $20, by comparison, seems a bit tame. This is relevant because Honkai Impact 3rd is also made by miHoYo, and there are a lot of costumes to purchase in that game.

The important thing to note about MTX (microtransactions) is that it tends to start small, before evolving into something more obnoxious. If a game starts with the obvious MTX from the get-go, they usually get blasted by their fans. Hence, it isn’t surprising to see some games start small, conditioning their fans to get used to the idea of paying for costumes.

In due time, it is likely that Genshin Impact will include some free skins like in Honkai Impact 3rd, but it will also include some skins players could purchase with real-life money. Unless the initial reception to Jean’s skin is universally panned, Genshin Impact players should expect to see more of these cash grabs in the future.