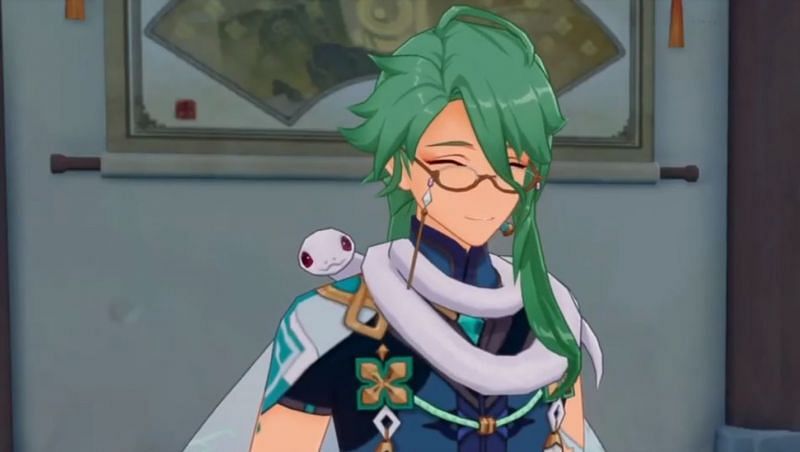 The Dendro Element is one of the most anticipated additions to Genshin Impact, as it has yet to be released for players to use.

There have been several characters in the files of Genshin Impact who utilize the Dendro element, but as of update 1.6, they are still unavailable for use. Players who are fans of the seventh element in Genshin Impact may be disappointed by its current unavailability, but things may change in further updates.

Players can learn more about these characters here, along with what is known about Dendro currently.

The most well known Dendro user in Genshin Impact is Baizhu. This character has made appearances in the story of Liyue and is the mysterious doctor who takes care of Qiqi and the Bubu Pharmacy. Baizhu carries a Dendro vision, and while it is currently unconfirmed what weapon he will use in battle, most signs point to him using a catalyst in combat.

Baizhu is a frail man who is seeking to prolong his life and cure the diesease that is sapping his strength, and as Dendro is an element that relates to life and growth, it makes sense that he would utilize that element. He is a doctor researching new information, though his shadiness has drawn ire from some of the other residents of Liyue, especially Hu Tao.

YaoYao is Xiangling’s disciple in cooking, and has also worked as an assistant for Ganyu, making her quite the resourceful character. While her own official story is currently unknown, it is likely that her story also ties to growth and life.

Also read: Genshin Impact leaked skin for Jean to be locked behind paywall, according to new leaks

Also read: How to use elemental resonance in Genshin Impact to deal more damage

As the seventh element in Genshin Impact, Dendro has yet to become playable, but as the game progresses, players will definitely get their hands on this new power.