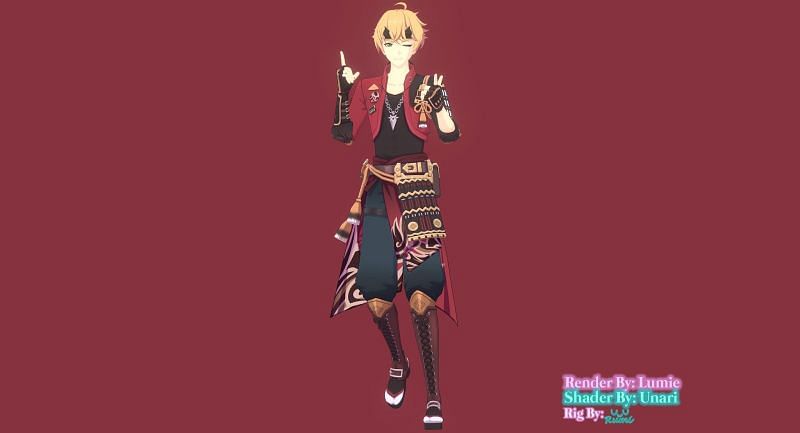 Based on some of these leaks, players can expect a new character named Tohma (possibly Tohama or Touma) to be released in a future update.

Tohma has not been confirmed for the game yet; he’s not even available in beta testing. However, since he seems closely related to the Inazuma region, he’ll likely debut in 1.6 or possibly 1.7.

Disclaimer: This analysis considers leaked and unconfirmed information. Tohma’s gameplay is only speculative at this point, and miHoYo may change his backstory before he is released.

Travelers are yet to meet Tohma in the Genshin Impact storyline, but there are plenty of rumors circulating about his backstory.

It’s rumored that he’s in a relationship with Ayaka, another upcoming character who is the princess of the Kamisato House of Inazuma.

In the original beta for Genshin Impact, several of Ayaka’s voice lines indicate that Tohma also works for Ayaka in some way. She demands that he fetch her umbrella in one line. In another line, she describes an incident where Tohma apologizes on other people’s behalf. This could mean that Tohma is some sort of servant or perhaps serves as the public voice for the Kamisato House.

Tohma may not be in beta testing, but data miners have leaked renders of the character. A popular artist in the Genshin Impact community, Lumie, has made the most notable prediction for Tohma’s design.

Based on the leaked information, Tohma is expected to be a polearm-user with Pyro Vision. However, there’s no word on whether he’ll be a four-star or five-star character.

Also read: Genshin Impact: Is the upcoming Eula banner worth all the hype?