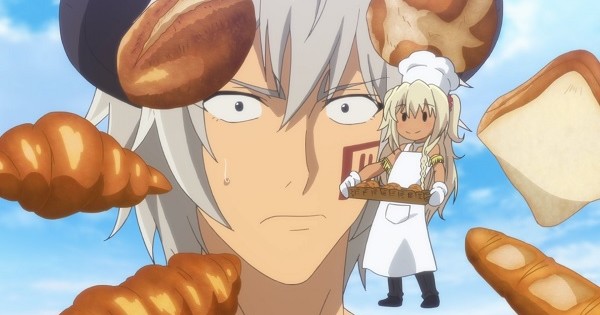 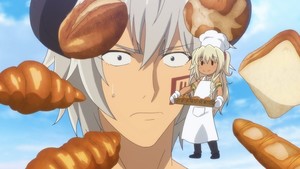 So it looks like my concerns about How NOT to Summon a Demon Lord Omega just leaving off Laminitus’s story for the time weren’t unwarranted. The show’s coverage of her definitely seems to feel it’s run its course, as she tries for a quickie fanservice scene with Diablo in the cold-open of this episode before our demonic doofus gets so spooked by her advances he takes his whole harem and heads back to Season One’s setting! I remain curious about where Laminitus and her lordship of the town could be taken moving forward, to say nothing of the question of what her real intentions may be for acting so horny towards ol’ Horn-Head, but that’s a subject to be revisited another time. In the meantime, we’re instead treated to a between-arc breather as Diablo and the gals return to Faltra to see how everyone’s been doing while they were away.

And I do mean ‘everyone’. Virtually every major memorable supporting cast member from Demon Lord’s premier season puts in at least a cursory guest appearance in this episode, with the conspicuous exception of Alicia. Some, like Emile, are just here to do their bit a couple times for our amusement before we get onto an actual little storyline, but others like Celestine and even Galford put in appearances to remind us of the deeper implications of the previous season’s world-building that Diablo is still at least somewhat affiliated with, and provide an illustration that his influence isn’t as singularly self-conserving as he might think. It means this episode can initially feel almost like filler, but its illustrative implications on the way to figuring out the “Why is the Church targeting Lumachina?” plot make sure we stay aware of the kinds of waves Diablo has been making.

Apart from the final point of that payoff though, this really does mostly feel like an amusing little detour. We get to see that Klem and Edelgard have entered into a partnership with a local bakery so that Klem might procure a steady supply of the biscuits that serve as her primary motivation for not ending the world. And to that end it is kind of funny to see Edelgard reduced to semi-enthused attempts at fanservicey waitress antics to keep her new employer in business. This shift in set dressing is initially there so Diablo can have a sit-down with Klem and touch on the fact that his latest activities and attitude towards them may be painting him as more heroic than he might care to admit. It’s an interesting shift of admission: Diablo’s never been malicious in his actions in the world, but his priorities have mostly been framed in terms of watching out for himself and his inadvertently-expanding harem. But as I’ve mentioned, his inherent decency which draws those people to him means he also can’t just leave unjust situations alone, which results in him acting outside his self-prescribed Demon Lord role, which only results in more opportunities to help people being thrown into his path.

Case in point, Diablo may say he really doesn’t want to get involved with Klem’s new favorite bakery being targeted by a crime-family protection racket, but he still recognizes it as something he’s obligated to fix for a variety of reasons. Great power, great responsibility, and all that. Well, that and also the fact that if he let Klem try and fix things on her own she’d just end up nuking the entire town. Though that falls under the purview of ‘responsibility’ as well, I suppose. The premise is what makes for such a refreshingly low-key side-story for Demon Lord, as this is far away from tackling superpowered corrupt Church Cardinals or demonic armies led by hellacious harem-husbands. It means the challenge (and thus, entertainment value) is less in overcoming any of the purely pedestrian opponents they come across, and more a case of Diablo desperately trying to keep this instance’s guest-star party members from straight-up murdering anyone and getting themselves exiled.

It creates a dynamic that at least works for this episode, Diablo and Klem, plus Edelgard and Rose along for the ride exchanging mildly-excited banter like they were in the midst of a superpowered sitcom episode. And having Rose and Edelgard turn out to get on well is a fun little detail that serves to develop both of them a bit more; That’s mostly important for Rose, as she’s still gotten the least to do as the latest addition to Diablo’s polycule. And there’s definitely something funny about watching Diablo desperately trying to direct the others towards non-murdery solutions while also trying to stay in-character. It mostly amounts to screwing around between all the first-season cameos and the more emotionally conceptual payoff, but if you can’t trust Demon Lord to screw around entertainingly, who can you trust?

Really though, the whole thing is just fine, perhaps leaning a bit too much on simply reminding us about all these people from that first season. I am, however, absolutely down with the coda of the whole adventure, wherein Diablo gets to experience gratitude from the owner of the bakery he protected, as well as the residents of the whole city it turns out were being oppressed by the criminals. It ends up rounding back to the episode’s earlier question of his heroic nature rather well, and given how much the past few episodes have cast light on Diablo’s caring for others, it only seems fair that he really get the reward of some recognition for it. Even Galford ends up coming around a little by the end! It all means I feel the need to give this episode some fair recognition as well, even if, on the surface, it mostly worked as a ‘regular’ Demon Lord episode that could have been slotted anywhere into either season. 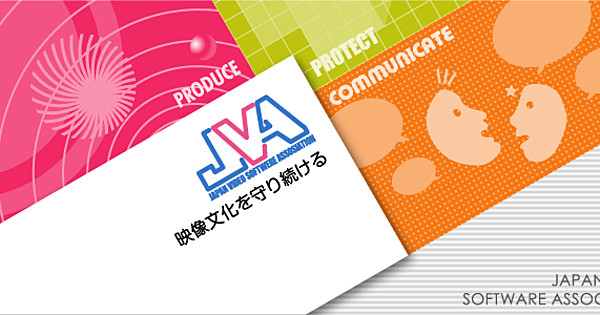 [ad_1] Paid digital content grew 65.3% to 393.7 billion yen The Japan Video Software Association (JVA) and Digital Entertainment Group Japan (DEG Japan) released on May 11 their report on the video market in Japan from January to December 2020. The report revealed that the Japanese video market was worth a total of 687.4 billion… 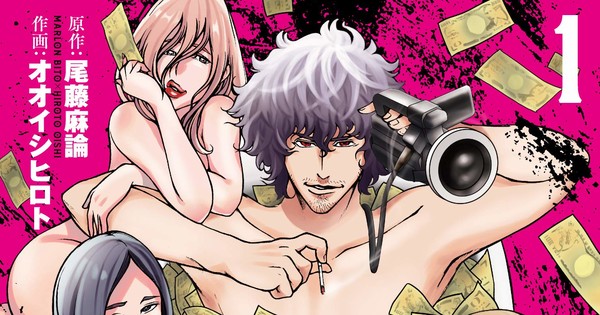 [ad_1] Manga about adult video industry launched in May 2020 This year’s 10th issue of Nihonbungeisha‘s Manga Goraku Special magazine revealed last Saturday that Ma-ron Bitō and Hiroto Ōishi‘s Zenra Kagyō (Nude Trade) manga will end in the magazine’s next issue on June 15. The manga focuses on Kanto Gunji, the president of a mid-sized… 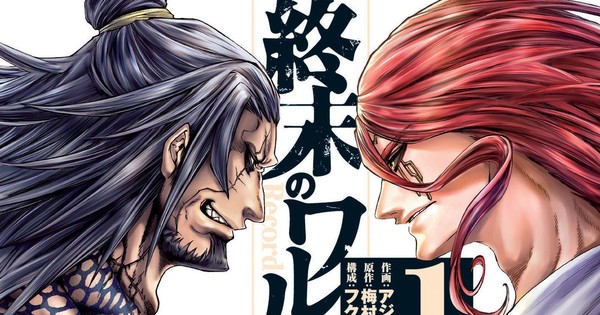 [ad_1] 11th compiled volume of manga shipped in Japan on Friday Viz Media announced on Twitter on Thursday that it will digitally launch Shinya Umemura, Ajichika, and Takumi Fukui‘s Record of Ragnarok (Shūmatsu no Walküre) manga in English this fall. The company will ship physical copies of the manga in spring 2022. The Shūmatsu no… 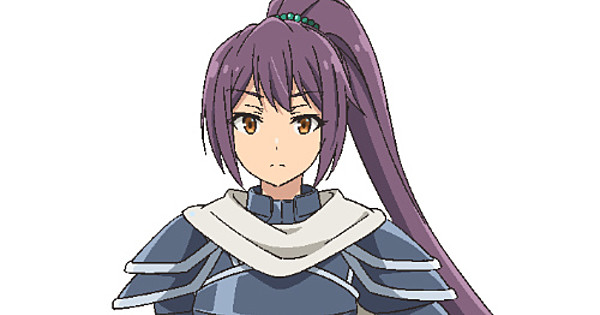 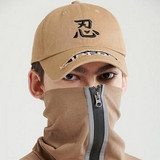 [ad_1]   Just because you’re a shinobi doesn’t mean you can’t be extra stylish, because high-end street fashion label LIBERE is teaming up with Masashi Kishimoto’s iconic ninja manga / TV anime Naruto in a collaboration that includes clothing and gear patterned after popular characters from the series.              … 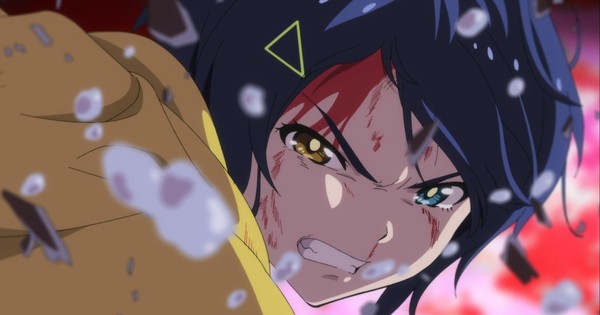 [ad_1] Easily one of the most dense anime series airing this season, Wonder Egg Priority examines the thorny world inhabited by teen girls, their insecurities and traumas, and the desperate bid to save them all. The series has been so far been compared to the works by Revolutionary Girl Utena director Kunihiko Ikuhara. It presents…