Apart from the visual appearance, gun skins in Garena Free Fire also influence the users’ gameplay. Several of them have boosted statistics that aid the users to outshine their opponents on the battlefield.

Generally, the skin can be obtained from gun crates that users can purchase using diamonds. However, spending money isn’t always a possible option, and players search for methods by which they can get gun skins in Garena Free Fire for free. This article provides some ways on how it is possible.

Also read: Sudip Sarkar vs Gaming Tamizhan: Who has better Free Fire stats in May 2021?

A guide on obtaining free gun skins in Free Fire

Events are regularly made available in Garena Free Fire and offer users various rewards, which sometimes include gun skins. Therefore, they are among the best ways by which users can get their hands on such in-game items.

The FFWS final is set to happen on May 29th, and developers have announced the “PCV Rewards” that the users will be receiving if the live stream crosses certain viewership milestones.

If it surpasses 450k live viewers (tier 1), players will receive the option to choose between one of the seven items. The list includes two gun skins: 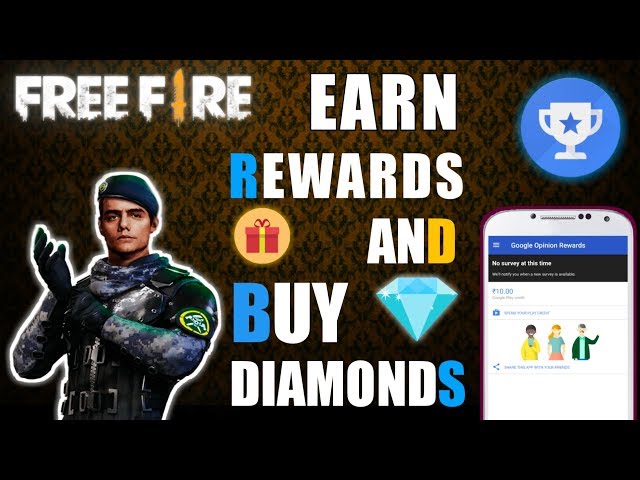 Meanwhile, players can follow the methods provided below to acquire diamonds at no cost. They can later use in-game currency in crates, weapon royale, and more to have a shot at obtaining gun skins.

Google Opinion Rewards is the best method to attain Free Fire diamonds for free. The reward-based program provides players with simple surveys, and upon completing them, they are awarded Google Play Balance. They can later use the balance to purchase them in-game directly.

Click here to visit the Play Store page of the application.

Numerous YouTubers and Instagram accounts host giveaways and custom rooms. Diamonds are typically one of the prizes available in both of them. Hence, taking part in such things can also allow users to get the in-game currency.

There are several rank-up rewards that the users can avail of by climbing up the tiers. For example, in the current ranked season, players will be getting the AN94 – S21 Exclusive: Hayato “Firebrand” for reaching Gold 1.