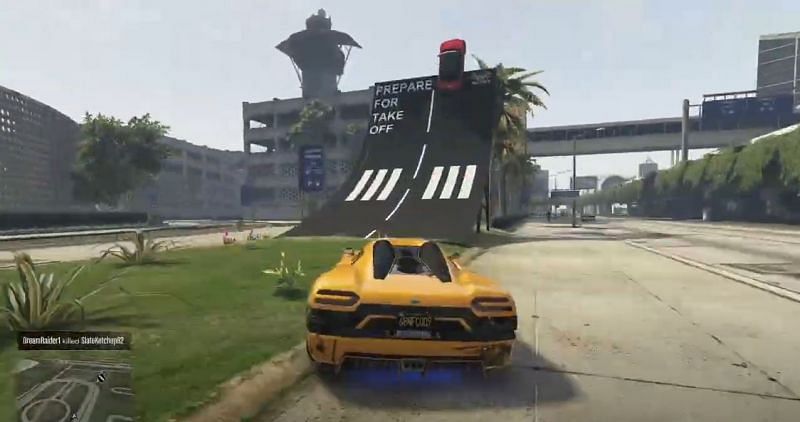 Recently, there has been an issue where players were unable to get their Stunt Jump Bonus in GTA Online; fortunately, Rockstar will fix it soon and give bonuses.

Just like in the real world, gamers don’t like getting jiffed on their payments. Recently, there has been a notable issue where players who successfully participated in a Stunt Jump event never got the promised $500K. Although it was an easy event, these players were still promised $500K. To never receive it is annoying, to say the least.

Fortunately, Rockstar has recognized the problem and promises to deliver the $500K bonus by April 22, 2021. GTA Online players will get the money sent straight to their MAZE bank account. As a result, players don’t need to panic if they don’t see it in their regular cash stack. Considering the bonus will arrive by April 22, 2021, it does mean that Rockstar could deliver it sooner to some players.

Issues with Stunt Jump bonus in GTA Online; Rockstar to fix and deliver due bonuses soon

An issue has been identified with the delivery of the GTA$ 500k Stunt Jump bonus in GTA Online. Funds will be deposited into the MAZE bank account of all players who participated in Stunt Week by April 22, 2021.

Frustrated players who were unable to get their $500K Stunt Jump bonus in GTA Online should be relieved to know that Rockstar is looking into the matter. Normally, this wouldn’t be an issue, but not getting an easy $500K is a big deal for some GTA Online players.

Recently, Rockstar released an event where players can easily get $500K if they performed five Stunt Jumps anywhere. It could be any five Stunt Jumps throughout the GTA Online map, but it had to be before April 14 to get the bonus.

Any vehicle was applicable, so there was no restriction in how the player could accomplish this feat. Normally, this would seem like an incredibly easy thing to do, given that the GTA Online map is full of Stunt Jumps (50 to be precise).

@RockstarSupport #GTAOnline Have rewards for the Stunt jump challenge already been distributed? I know it said by 14th however I did more than the required jumps a few days after it was announced and haven’t gotten anything. Playing on PC

Unfortunately, not all players were able to acquire their juicy $500K bonus. Even if they completed the five Stunt Jumps in the time frame Rockstar allocated for the event, the money never arrived in their bank accounts.

It’s been a common problem reported on various social media sites, so Rockstar has promised that they will look into the matter to get this problem resolved soon. While some players do berate others for caring about such little money, it’s still free money. $500K can still get these players a step closer to whatever it is they wish to buy in GTA Online.

Rockstar says that they will deposit $500K into the MAZE bank account of the participating players who have yet to receive their Stunt Jump bonus. This will ideally happen by April 22, 2021, although there is always a possibility that it could be delayed.

Either way, players who participated in the event can rest easy in knowing that Rockstar is looking into the problem. They just need to remember that the money will be deposited into the MAZE bank account.