Also: A Galaxy Next Door, Phantom of the Idol, Wandance, Welcome Back, Alice, Devil Ecstasy

Kodansha Comics announced on Wednesday that it has licensed the following manga and books. These titles will launch in spring 2022, and they will all get physical releases. 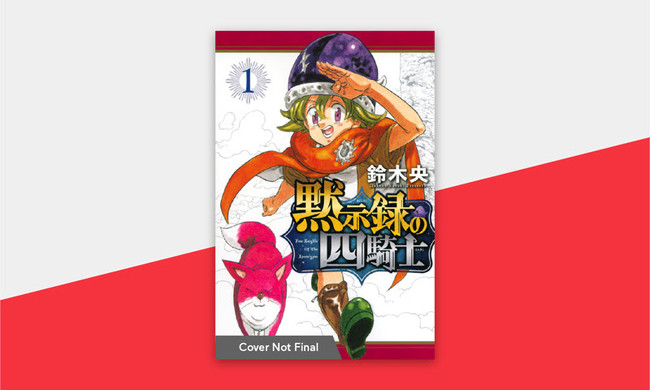 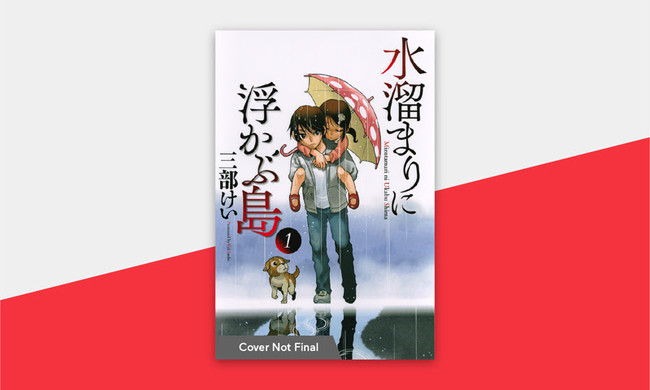 Title: Island in a Puddle (Mizutamari ni Ukabu Shima)
Creator: Kei Sanbe
Summary: The new manga series from Kei Sanbe, the master of suspense behind Erased, plunges an innocent young boy into Tokyo’s criminal underworld, as he fights to keep his younger sister alive, and to return his soul to his own body!

The tiny apartment where Minato lives may as well be an isolated island in the middle of the ocean. Despite still being in elementary school, it falls on his shoulders to care for his little sister Nagisa, who never stops asking when their mother will make one of her infrequent visits home. On one of those visits, their mother takes them to an amusement park, only to give Minato some cash and leave them on a Ferris wheel… but as the wheel reaches the top, lightning strikes, and, instead of his sister, Minato sees the corpse of a woman… and, reflected in the glass looking back at him, an unfamiliar and menacing face! 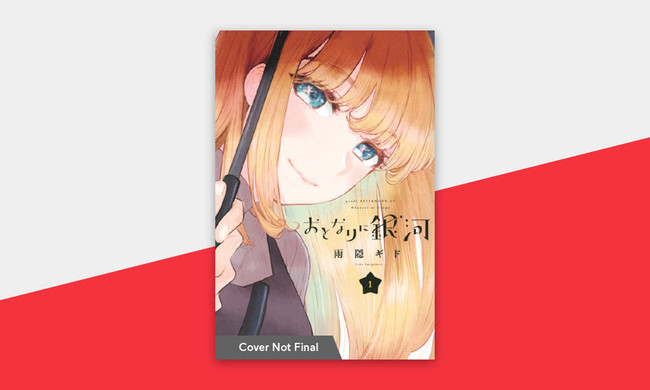 Title: A Galaxy Next Door (Otonari ni Ginga)
Creator: Gido Amagakure
Summary: The new sweet and wild romantic comedy from the creator of the hit manga and anime about food and family, Sweetness & Lightning! A desperate manga artist, called on to support his two young siblings, meets a new art assistant. But her arrival isn’t just a small step, it’s a giant leap…

Since his parents died, manga artist Ichiro has barely scraped by, forced to support his two younger siblings on just a middle school education. He doesn’t even have time to learn how to use a computer, which forces him to keep wrestling with pen and paper. When his art assistants quit to strike out on their own, on top of juggling deadlines, family, and the constant fear of losing his job, Ichiro feel close to a total breakdown. But then a new assistant pops into Ichiro’s life, and his prospects immediately start to brighten! She’s an incredible artist, she always finishes on time, and she’s beautiful, to boot! But she also seems to know an awful lot about him, and, soon, she makes a confession that bends Ichiro’s mind beyond the confines of Earth… 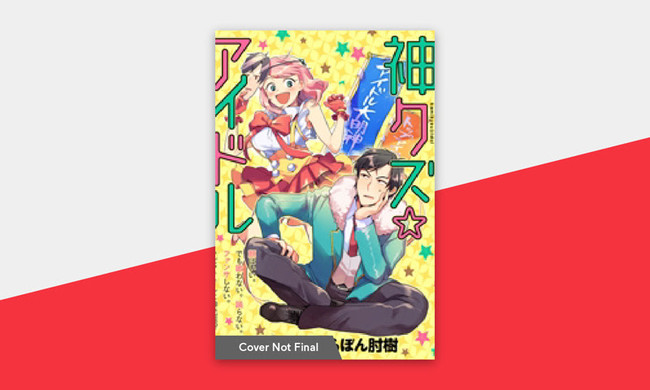 Title: Phantom of the Idol (Kami Kuzu Idol)
Creator: Hijiki Isoflavone
Summary: The story of a lazy male idol, ready to quit (or get fired), and the peppy poltergeist who brings him back from the brink, and rocketing to the heights of stardom! This madcap musical comedy is perfect for fans of My Dress-Up Darling, Kiss Him, Not Me! and Horimiya.

Yuuya, one half of the boy pop duo ZINGS, may be the laziest performer in the Japanese music industry. His partner is out there giving 110% every night (and, thankfully, he’s quite popular), but Yuuya’s half-assed, sloppy dancing, and his frankly hostile attitude toward the audience, has the fans hating him and his agent looking for any excuse to cut him loose. The career of a pop idol just isn’t the path of easy leisure and adulation Yuuya expected…

After a particularly lifeless concert appearance, Yuuya meets a girl backstage. She’s dressed to the nines in a colorful outfit, she’s full of vim and vigor, and all she wants from life is to perform. There’s just one problem: She’s been dead for a year. This is the ghost of Asahi Mogami, the beloved singer whose time on the stage was tragically cut short, unless… If ghosts are real, is spirit possession really that much of a stretch? 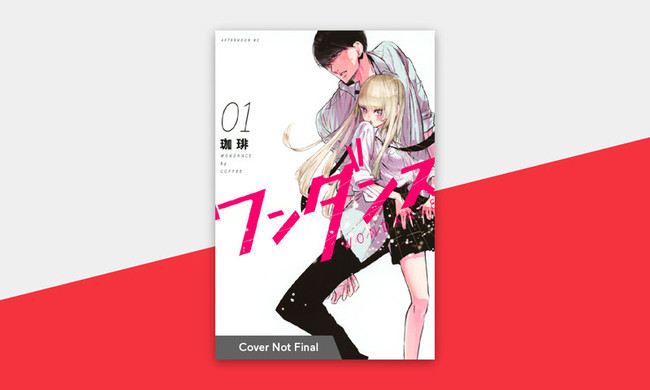 Title: Wandance
Creator: Coffee
Summary: A boy named Kaboku sees a girl named Wanda dance, and suddenly burns with a need to join in. With its thrilling scenes of Japanese hip-hop dance and quirky, charming characters, this is a new, inspirational manga for fans of coming-of-age stories like Blue Period and Your Lie in April. Get up and join the Wandance!

Kaboku has always just gone with the flow, marching in step to the drumbeat of the expectations of those around him: parents, school, plans for the future. It feels predictable, safe, and… empty. But one night, Kaboku’s at school late, and he happens on a girl alone, moving wildly, turning a blank space of concrete into a canvas. This is Hikari Wanda, a member of the hip-hop dance club. Kaboku is immediately smitten, but the road to stepping out of his shell is a long one. The club is almost entirely girls, and they’re all, well, way better than him. What’s ahead is unknown, and that’s terrifying, but it also means, for the first time in Kaboku’s life… a taste of freedom. 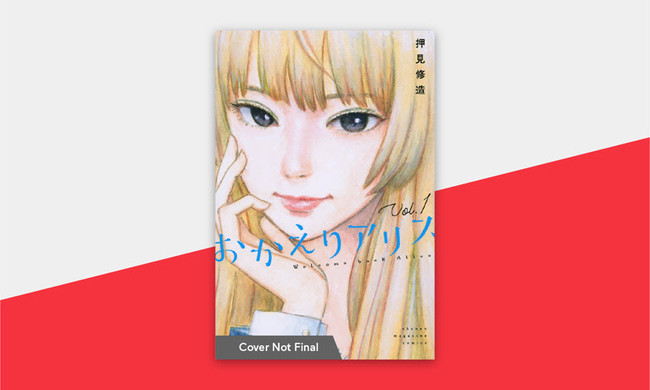 Title: Welcome Back, Alice (Okaeri Alice)
Creator: Shūzō Oshimi
Summary: Yohei, Kei and Yui are childhood friends and things get complicated when Yohei witnesses Kei and Yui in an intimate moment. But when Kei unexpectedly moves away and returns a few years later to reunite in high school, he seems to be a bit different. 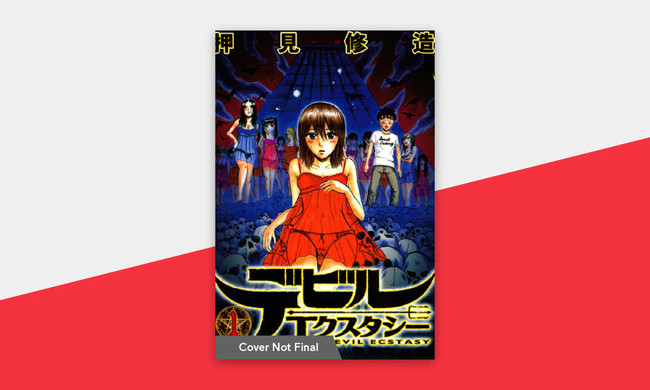 Title: Devil Ecstasy
Creator: Shūzō Oshimi
Summary: Noboru Kusakabe is an 18-year-old virgin college student who developed a trauma for big breasts. Desperately wanting to lose his virginity, Noboru and his friend discover a mysterious brothel called “Devil Ecstasy”. Although he was nervous about his first experience, Noboru is thrilled by a beautiful girl with small breasts named Meruru who holds a scary secret about the brothel! 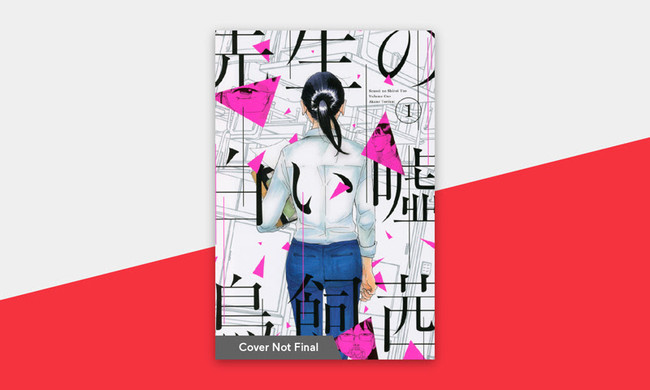 Title: Sensei’s Pious Lie (Sensei no Shiroi Uso)
Creator: Akane Torikai
Summary: Misuzu Hara is a 24-year-old high school teacher. Her peaceful days of instructing her students begin to change with the advent of her friend Minako’s fiancé, Hayafuji. What happened between them?

A dramatic story about sexual inequalities that lie between men and women. 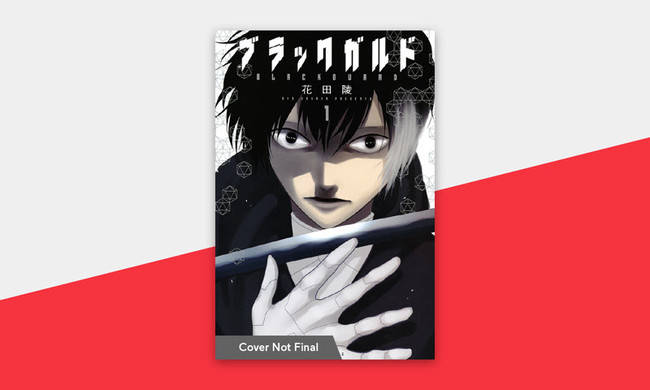 The world is suddenly overrun by monsters called “shojo” and anyone who is bit by one is infected with a mysterious virus, which turns them into the same being. To defeat the shojo, humans live in “aerial cities” and formed units called “guards”. Nanao Minami, also known as the Blackguard, fights but without regard for his own life. What is his motivation and why does he want to die so readily? 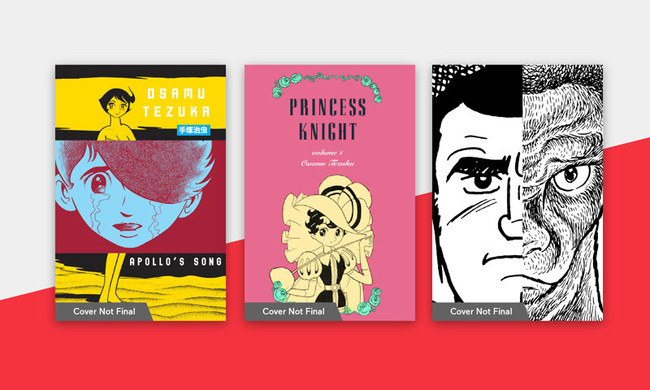 Classic Osamu Tezuka titles are back in print in an all new format
Each title will now be one volume, complete omnibus editions for the first time ever!
New covers created by renowned designer Peter Mendulsund 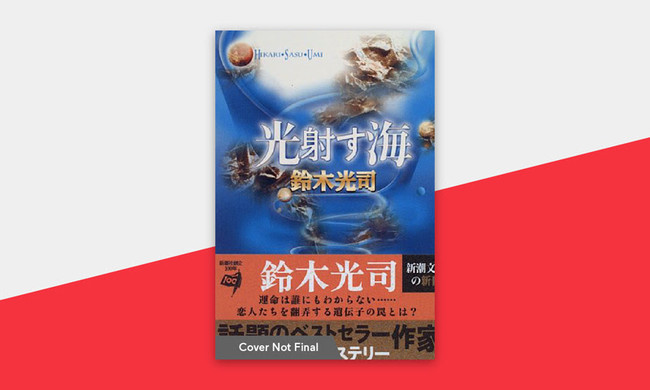 Title: The Shining Sea (Hikari Sasu Umi)
Creator: Koji Suzuki
Summary: A young woman who attempted suicide by drowning has lost her memory. Her lover, a young man, is on a pelagic tuna fishing boat. What happened between them? From renowned author Koji Suzuki, the creator of the Ring series. 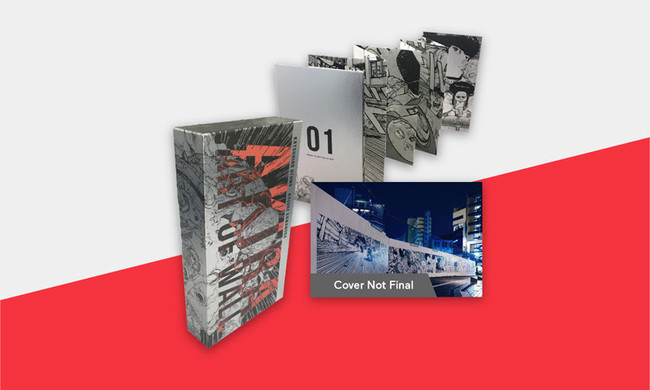 Title: AKIRA: Art of Wall
Creator: Katsuhiro Otomo
Summary: A UNIQUE ARTIFACT: Reproduction of an art project inspired by AKIRA and carried out with the involvement of the original creator.

RARE COLLECTIBLE: AKIRA is one of the most important and popular manga ever published, and official merchandise based on this property is vanishingly rare.

HUGE FRANCHISE: The complete, $200 box set published by Kodansha in 2017 is the #1 best selling ISBN ever published by the imprint by net dollars.

Thanks to Link20XX for the news tip.