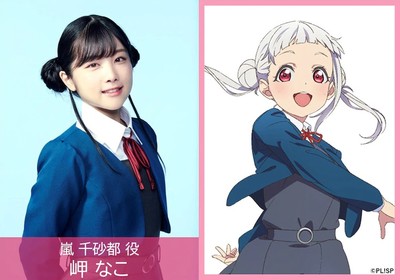 The official website for the Love Live! franchise announced on Monday that idol and voice actress Nako Misaki has been diagnosed with the new coronavirus disease (COVID-19).

The announcement noted that Misaki had a fever on Saturday, and took a PCR test that tested positive the following day. Under the guidance of her health care center, Misaki is now in self-quarantine and recovering at home. Her fever has since gone down and her condition is stable.

Other members of Liella!, the Love Live! idol group that Misaki is a member of, also underwent PCR tests following Misaki’s diagnosis, but they all tested negative. Misaki was scheduled to appear alongside fellow Liella! member Nagisa Aoyama in the “Love Live! Series no All-Night Nippon Gold” radio program on June 25, but their appearance will now be postponed. Liella!’s weekly radio program is also canceled for this week due to staff still verifying the health status of all members.

Misaki plays the character Chisato Arashi in the upcoming Love Live! Superstar!! anime. The anime will premiere on July 11.