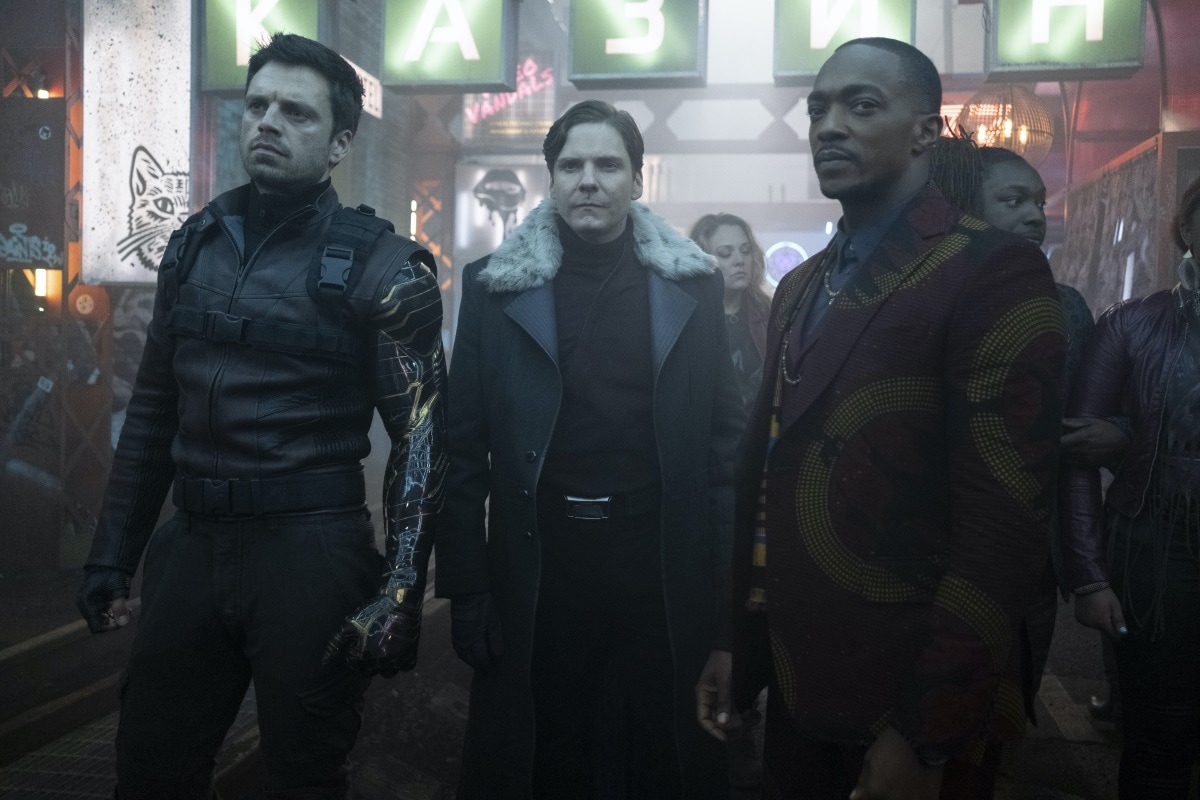 The Falcon and the Winter Soldier episode 3 “Power Broker” — released last Friday on Disney+ and Disney+ Hotstar — brought back Helmut Zemo (Daniel Brühl), the manipulative villain from the 2016 Marvel movie Captain America: Civil War. Our titular heroes Sam Wilson (Anthony Mackie) and Bucky Barnes (Sebastian Stan) enlist Zemo’s help in locating the Super Soldier Serum, who takes them to the (fictional) island of Madripoor in the Indonesian archipelago. There, in a Madripoor nightclub, while the trio waits on Sharon Carter (Emily VanCamp) to locate the man they seek, Zemo breaks out some moves in a tiny dance routine. I say tiny, because the scene lasts for a few brief seconds.

But for some fans of The Falcon and the Winter Soldier, that little Zemo dance became the highlight of the third episode and the series as yet — Zemo’s charismatic persona, his coat game, and his Batman-like lifestyle without the morals (Zemo revealed he is a Baron on The Falcon and the Winter Soldier episode 3) all contributed to that as well. Now, the folks at Disney+ and Marvel have had the bright idea of turning Zemo’s viral moment into a thing in itself. They’ve cobbled together all the footage they have of Zemo dancing — all 25 seconds of it — and turned it into a 60-minute loop. It’s hilarious, glorious, and just what the Internet needs in these depressing times.

In an interview earlier this week, Brühl revealed that the Zemo dance was improvised by him. “[That moment] was improvised when I saw the crowd dancing, going loco,” Brühl told Entertainment Weekly. “I felt the beat and was like, ‘Zemo has been sitting in a dodgy German prison cell for years. So, he needs to let off some steam and show his moves. Let’s go for it!’ I enjoyed so much the reaction of Anthony and Sebastian looking at me. Still, I was 100 percent sure that they would cut it out [of the show]. I was really surprised and happy that they kept it.

“It was a long dance. There’s more to it, but they cut this little moment [for The Falcon and the Winter Soldier episode 3]. I didn’t know what was happening, but I then received all these messages from my friends cracking up. My friends who know me well know I’m an embarrassing, passionate dancer on the floor but it would be different moves. It would be the Spanish side of me kicking in and doing some matador, flamenco moves, going down on my knees. Highly embarrassing for my friends.”

And now the longer 25-second cut of Zemo’s dance is officially out there. I wonder what Brühl makes of it.