Manga creator Takayuki Mizushina announced on Twitter on June 24 that he will launch a new manga titled Kiri Moya Biyori (Clear Skies for Kiri and Moya) in this year’s 16th issue of Kodansha‘s Evening magazine on July 27. The manga will center on a picture book illustrator named Hiyori, and her pet dog and cat Moya and Kiri. 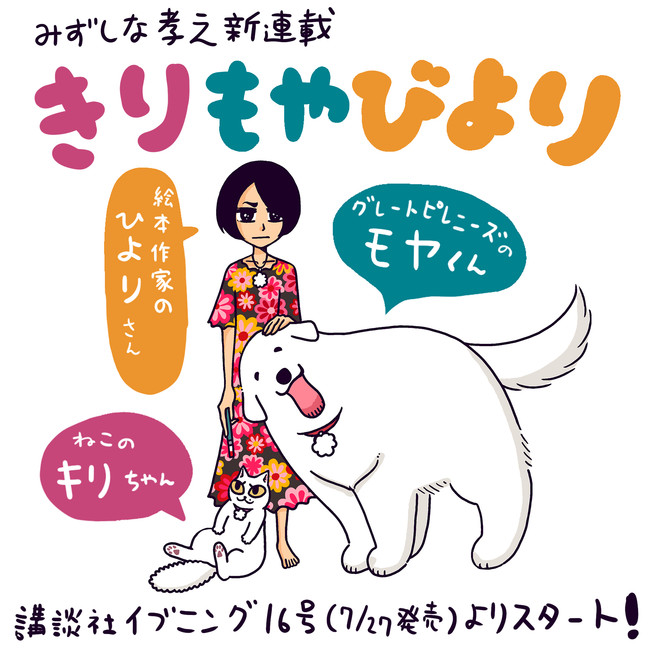