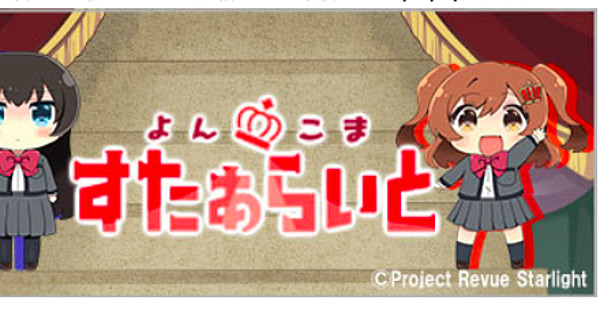 Editor’s Note: While our news staff strive to bring as much of the most important manga, anime, and video game news to our readers as possible, we sometimes find that we have news items that we aren’t able to publish in a timely manner, and in the end discard them. Most of these news items are ones found in various manga magazines that don’t get picked up by other news outlets. In an attempt to help get more of these news items out into the public, we’re publishing a roundup in one fell swoop.

The below news items are sorted by the date the news was announced.

The April issue of Libre Inc.’s Magazine Be x Boy revealed on March 7 that Tsuta Suzuki‘s Barbarities manga will end in the May issue out on April 7. Suzuki is also the storywriter for the Heaven’s Design Team manga, and also the manga creator for the Your story I’ve known and A Strange and Mystifying Story manga. Source: Magazine Be x Boy April issue

This year’s eighth issue of Shueisha‘s Grand Jump magazine published the first of two new chapters on March 16 for Hiroshi Takano and Hiroshi Motomiya‘s Good Job manga. The magazine will publish the second and final chapter in the ninth issue on April 7. The manga had ended its main story in July 2020. Motomiya’s popular Salaryman Kintaro manga has been running on and off in Shueisha‘s Weekly Young Jump magazine since 1994. Source: Grand Jump issue 8

Manga creator Shūzō Oshimi (The Flowers of Evil, Inside Mari) revealed on March 22 that Shinchosha‘s Yomyom magazine is ending publication. The last issue shipped on March 19. Oshimi was in charge of drawing covers for the magazine. Source: Shūzō Oshimi‘s Twitter account

The May issue of Kodansha‘s Dessert magazine revealed on March 24 that the previously announced new manga for Waiting for Spring (Harumatsu Bokura) manga creator Anashin will launch in the magazine on April 24. The manga’s title is Unmei no Hito ni Deau Hanashi (A Talk About Meeting Your Fated Person). Source: Dessert May issue

The May issue of Kadokawa‘s Monthly Asuka magazine revealed on March 24 that starting with the issue that will ship on May 24, the magazine will release a new issue every other month instead of every month. Source: Monthly Asuka May issue

Ichijinsha published the second and final volume of Mogusu‘s Shiosai no Majo (Witch of Sea Roar) manga on March 24. Mogusu‘s Koi to Yobu ni wa Kimochi Warui (It’s Disgusting to Call This Love) “age-gap romantic comedy” manga, which is inspiring an anime adaptation that premiered on April 5, also ended in its eighth volume on March 24. Source: Shiosai no Majo volume 2

This year’s seventh issue of Shogakukan‘s Big Comic magazine published the final chapter on March 25 of Hidenori Hara‘s Shō mo Nai Bokura no Renai-ron (Our Hopeless Love Theory) “middle age love story” manga. The manga launched in the magazine in January 2019. Hara received an award in the 33rd Shogakukan Manga Awards for his Just Meet and Fuyu Monogatari manga. He drew one of the manga adaptations of the Train Man: Densha Otoko story that Viz Media published in North America from 2006 to 2007. Hara’s Hoshi no Furumachi (When You Wish Upon a Star) manga inspired a live-action film in 2011. Source: Big Comic issue 7

The May issue of Kadokawa‘s Monthly Shōnen Ace magazine revealed on March 26 that author Junpei Inuzuka and illustrator Katsumi Enami‘s Restaurant to Another World (Isekai Shokudō) light novel series is inspiring a new manga adaptation in the magazine starting in its June issue on April 26. Morozawa Yamizawa is drawing the manga. Seven Seas is releasing the light novels in English, and Yen Press and Crunchyroll are releasing Takaaki Kugatsu‘s other manga adaptation in English. Source: Monthly Shōnen Ace May issue

The May issue of Kodansha‘s Monthly Shonen Sirius magazine revealed on March 26 that storywriter Yuuko Kakihara and artist Yasu‘s Cells at Work: Platelets! (Hataraku Kesshōban-chan) manga will end in the June issue on April 26. The manga launched in May 2019, and Kodansha Comics is releasing the manga in English. Source: Monthly Shonen Sirius May issue

The May issue of Kadokawa‘s Monthly Comic Alive magazine published the final chapter on March 27 of author Akiyoshi Ota and artist Tatsuya Endō‘s I’m the Hero, But the Demon Lord’s Also Me (Boku ga Yūsha de Mō mo Boku de) manga. The manga’s fourth volume will ship in May. Yen Press is releasing the manga in English. Source: Monthly Comic Alive May issue

The May issue of Kadokawa‘s Monthly Comic Dengeki Daioh magazine revealed on March 27 that Mari Matsuzawa‘s Miharashi-sō no 6-nin no Hanayome (Six Brides of Miharashi Apartment) manga will end in the magazine’s June issue on April 27. Matsuzawa ended the Saikin, Imōto no Yōsu ga Chotto Okashiin Da Ga. (Recently, my sister is unusual.) manga in May 2016. Matsuzawa’s other works include Hinadori Girl, Inukami!, and Sanbun no Ichi. The original Inukami! light novel also inspired an anime, and Seven Seas published the manga in North America. Source: Monthly Comic Dengeki Daioh May issue

Yachi published the final chapter on March 30 of Yamainu no Zangyō ni Warau, a gag comedy spinoff of Karakara-Kemuri’s Laughing Under the Clouds manga. The spinoff manga launched on the Mag Comi website in April 2020. Tokyopop is releasing the main manga in English starting in April. Source: Magcomi

This year’s 18th issue of Shogakukan‘s Weekly Shonen Sunday magazine revealed on March 31 that Seto Ririura will launch a manga adaptation of Ameko Kaeruda‘s Sexiled: My Sexist Party Leader Kicked Me Out, So I Teamed Up With a Mythical Sorceress! light novels on the Sunday Webry website starting on April 12. J-Novel Club publishes the novels in English. Source: Weekly Shonen Sunday issue 18

Manga creator est em revealed on Twitter on March 31 that em’s Ii ne! Hikaru Genji-kun manga will end in the next issue of Shodensha‘s Feel Young magazine, which will ship on April 8. The final volume will ship in May. The manga launched in December 2015, and ended its “third season” in May 2020. Netcomics released em’s Age Called Blue in English, Aurora Publishing released Red Blinds the Foolish and Seduce Me After the Show in English, and Viz Media released Tableau Numéro 20 in English. Source: est em‘s Twitter account

The May issue of Shueisha‘s Saikyō Jump magazine published the final chapter on April 1 of Setta Kobayashi’s Asta-kun Mahōtei e no Michi (Asta’s Journey to Wizard King) manga. The manga is a gag spinoff of Yūki Tabata‘s Black Clover manga, and it launched in February 2018. The manga’s second and third compiled volumes will both release in July. Source: Saikyō Jump May issue

The official Twitter account for Shogakukan‘s “e Big Comic 4″ website revealed on April 2 that Aki Katsu‘s 3 Partner Hajimemashita!! (We started 3 partnership!!) manga ended on the website on the same day. The manga started in December 2018. Katsu (Psychic Academy, The Vision of Escaflowne) has been drawing Futari H (Manga Sutra), which describes itself as a “love bible” or a “user’s manual” for people in love, in Young Animal and Young Animal Arashi since 1997. Source: “e Big Comic 4’s Twitter account

The 2,753rd issue of Nihonbungeisha‘s Weekly Manga Goraku magazine revealed on April 2 that Morio Nakajima’s manga adaptation of Shōtarō Ikenami‘s essay Otoko no Sahō (The Manners of a Man) will end in the magazine’s next issue on April 9. Ikenami is the author of the Onihei Crime Reports in Edo (Onihei Hankachō) novel series, which inspired a television anime in January 2017. Source: Weekly Manga Goraku issue 2,753

This year’s ninth issue of Shueisha‘s Margaret magazine revealed on April 5 that Miyoshi Tomori‘s A Devil and Her Love Song (Akuma to Love Song) manga is getting a new short serialization to commemorate the upcoming live-action adaptation of the manga. The manga’s title will be Akuma to Love Song Encore and it will debut in the combined 10th and 11th issue on April 20. Viz Media published the manga in English. Source: Margaret issue 9

This year’s ninth issue of Hakusensha‘s Hana to Yume magazine revealed on April 5 that Yu Tomofuji will launch a new manga in the magazine titled Siariz no Shugosha (Siariz’s Gaurdian). The manga will debut in the magazine’s combined 10th and 11th issue on April 20. Yen Press is publishing Tomofuji’s Sacrificial Princess & the King of Beasts (Niehime to Kemono no Ō) manga in English, and the manga is getting a TV anime. Source: Hana to Yume issue 9