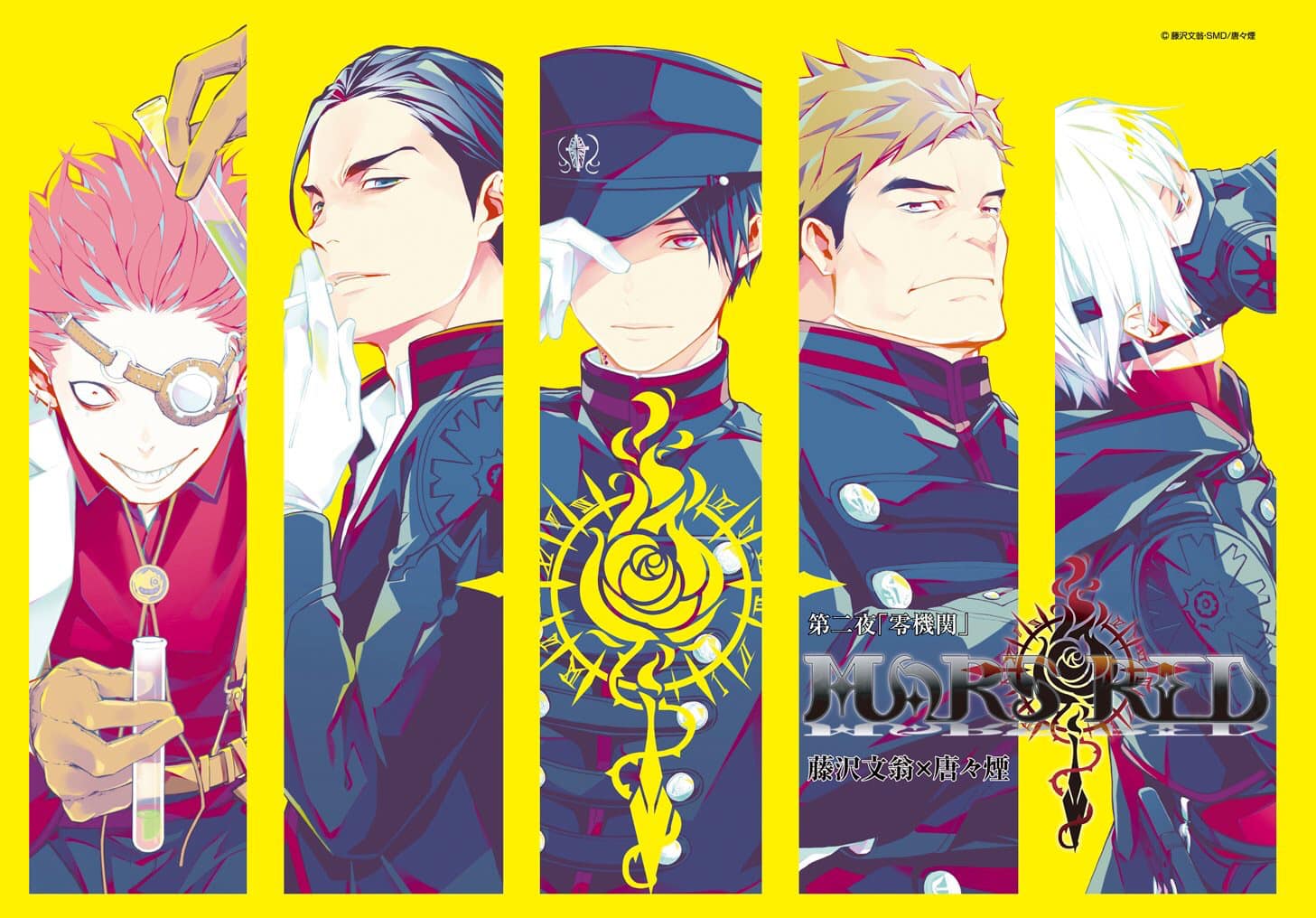 Yomiuri TV Enterprise and Funimation announced on Thursday that they are co-producing a television anime series adaptation of Bun’ō Fujisawa’s MARS RED dramatic stage reading productions that will premiere in 2021.

takes place in 1923, and vampires have existed for quite a while. But now, the number of vampires is increasing and a mysterious, artificial blood source called Ascra has appeared.

The Japanese government, in turn, creates “Code Zero,” a unit within the army tasked with taking down the vampiric forces. And what better way to track vampires than by using vampires?

Created by Lieutenant General Nakajima, this unit has historically been in the business of information war, but has been re-assigned to solve the vampire crisis. It’s up to Code Zero and the S-class vampire Deffrot to investigate this increase and put a stop to it before society crumbles.

Funimation also describes the anime’s characters, the members of the “Code Zero” unit:

Kouhei Hatano (Freezing Vibration, Angels of Death episode director) is directing the anime at Signal.MD. Jun’ichi Fujisaku (Blood+, Blood-C, The Beast Player Erin) is writing and supervising the scripts. Kemuri Karakara (Donten ni Warau), who is drawing the franchise‘s manga adaptation, is credited for the original character designs. Yukari Takeuchi (Norn9) is adapting those designs for animation. Original creator Bun’ō Fujisawa is the sound director. Cellist Toshiyuki Muranaka (In This Corner of the World) is composing the music.

The first stage production of Mars Red debuted in 2013, with more shows in 2015 and 2017. Karakara launched the manga adaptation in Mag Garden‘s Monthly Comic Garden magazine on January 4.

Shifting to Telegram? Here Are 5 Tips and Tricks You Need to Know

Here are a few tips and tricks on Telegram that enhances the privacy of your personal messaging experience. HIGHLIGHTS
Read more

The key visuals of "My Hero Academia Season 5", which is scheduled to start broadcasting on March 27, have been released.
Read more