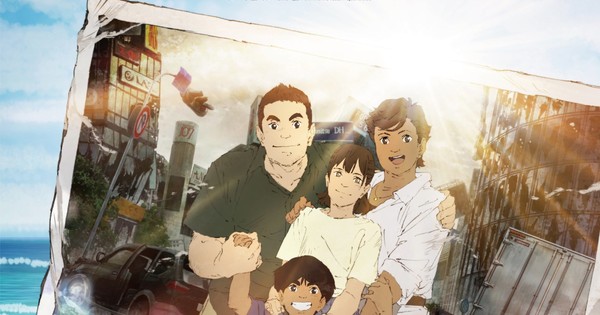 The Annecy International Animation Film Festival announced on March 29 that the first episode in Science SARU and Masaaki Yuasa‘s anime series of Sakyo Komatsu‘s Japan Sinks (Nihon Chinbotsu) science-fiction novel is screening in competition at this year’s event in the TV Films category.

The anime had also been selected to compete in the TV Films category last year. Other works by Yuasa or Science SARU that have competed at Annecy include Yuasa’s short film “Kick-Heart,” their Adventure Time episode “Food Chain,” and their Ride Your Wave‘ film. Their Lu over the wall film won the top “Cristal for a Feature Film” award in 2017 — the first win by a Japanese film at the festival in 22 years.

Established in 1960, Annecy is the world’s oldest and largest animation film festival. This year’s event will run from June 14-19 in the French town of the same name, and it will celebrate the event’s 60th anniversary.

Last year’s physical Annecy International Animation Film Festival was canceled due to concerns about the spread of the new coronavirus disease (COVID-19). Instead, an online version of the festival was held last June. 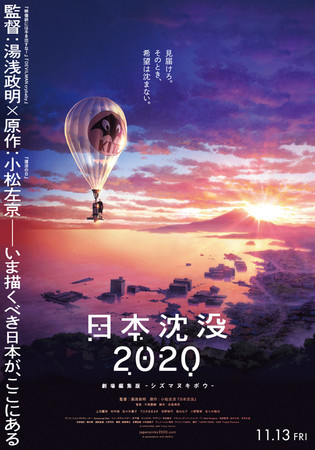 The original disaster science-fiction novel begins when a series of natural disasters hit Japan. Massive tectonic shifts cause volcanic eruptions from remote Japanese islands, triggering earthquakes, and eventually triggering more eruptions in volcanoes in the Japanese mainland. Through it all, a team of scientists attempt to convince the Japanese government that the Japanese archipelago will soon sink beneath the sea sooner than anyone expected. The new anime moves the setting from 1970s Japan to modern Japan. The story centers on the Mutō family, and the siblings Ayumu and Gō. The four members of the Mutō family are caught in an earthquake that hits Tokyo, and attempt to escape the city, while disaster claws at their heels.

Yuasa directed the anime at his Science SARU studio, with Pyeon-Gang Ho credited as series director. Toshio Yoshitaka (Dragon Ball Super) penned the scripts. The musician kensuke ushio, who has collaborated with Yuasa in the Ping Pong and DEVILMAN crybaby anime, composed the music. Naoya Wada (DEVILMAN crybaby episode director) designed the characters. Ken Hashimoto was the color key artist. Toshikazu Kuno was the compositing director of photography. Eriko Kimura was the sound director. Kiyoshi Hirose was in charge of editing.

Thanks to Nicholas R. Zabaly for the news tip.

Update: Japan Sinks had to be removed from last year’s event, following a delay in delivery linked to the new coronavirus disease (COVID-19). Thanks, Reuben Baron.