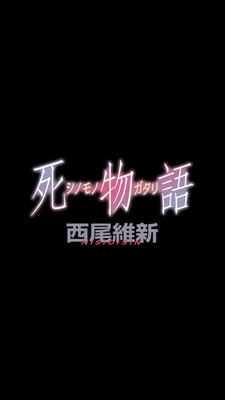 Author NisiOisin‘s official Twitter account revealed the next book in his Monogatari Series of novels on Monday. The next story is titled Shinomonogatari (Death Story), and will ship in two volumes simultaneously on August 19. Both novels will conclude the “Monster Season” part of the story that shows protagonist Koyomi Araragi in college.

The “Monster Season” story arc began in 2017 with the Shinobumonogatari novel. The fourth novel in the arc, Ōgimonogatari, shipped last October. Shinomonogatari will be the arc’s fifth and sixth novels.

Aniplex of America is releasing the anime adaptations of the Monogatari Series in North America. The most recent anime adaptation is Zoku Owarimonogatari, which adapts the novel of the same name. That anime debuted in 2019.