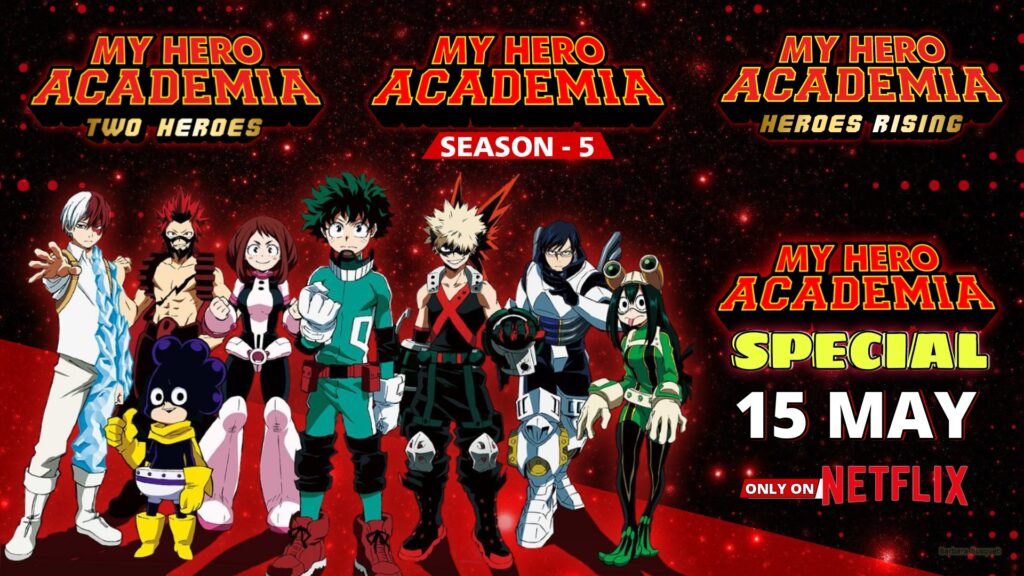 Netflix indian fans , You are being treated to a Action packed month of anime in May !

Netflix will begin streaming My hero academia 2 Movies ,i.e :- two heroes & Heroes rising on May 15 onwards along with The brand new Season 5 of the very same popular Anime Franchise.

Ranked the number one hero anime year after year, My Hero Academia’s 2 movies took theaters by storm in worldwide including India . PVR Cinemas brought the theatrical rights of these two Movies & released it in indian theatres in one month gap on February 12 & March 12 respectively with witnessed the excitement from audiences.