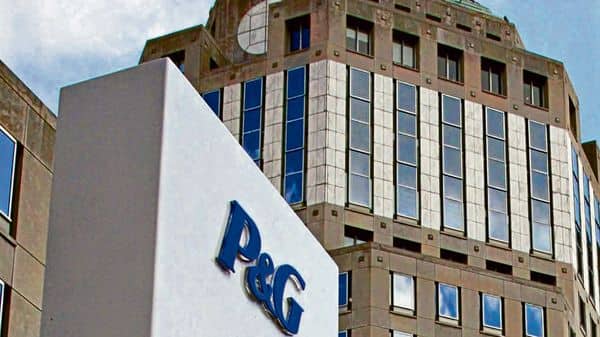 The move is part of a broader effort by the consumer-goods giant to prepare for an era in which new rules and consumer preferences limit the amount of data available to marketers. P&G—among the world’s largest advertisers, with brands such as Gillette razors and Charmin toilet paper—is the biggest Western company involved in the effort, the people said.

The company has joined forces with dozens of Chinese trade groups and tech firms working with the state-backed China Advertising Association to develop the new technique, which would use technology called device fingerprinting, the people said. Dubbed CAID, the advertising method is being tested through apps and gathers iPhone user data. Through the use of an algorithm, it can track users for purposes of targeting ads in a way that Apple is seeking to prevent.

Apple is planning a software update in coming weeks that will require app users to choose whether they want their activity to be tracked across other companies’ apps and websites. Apple has touted the new software as an important step for putting privacy controls in users’ hands. Device fingerprinting runs afoul of Apple’s rules, and the tech company has said it would ban any app that violates its policies.

“The App Store terms and guidelines apply equally to all developers around the world, including Apple,” an Apple spokesman said. “We believe strongly that users should be asked for permission before being tracked. Apps that are found to disregard the user’s choice will be rejected.”

Facebook Inc. and ad-tech firms have been vocal critics of the Apple changes, fearing users won’t consent to being tracked. They say the flow of user data is critical to providing more tailored digital advertising that better resonates with consumers.

P&G, whose involvement hasn’t been previously reported, said in a statement that it is providing input to the trade group consistent with the company’s goal of finding ways to “deliver useful content consumers want in a way that prioritizes data privacy, transparency and consent. That means partnering with platforms and publishers—both directly and through our advertising associations across the globe,” it said. The company declined to provide additional details about the program, including whether it intends to use the technology.

P&G was involved in testing CAID, the people said. The testing has also involved ByteDance Ltd, the parent company of TikTok, and Tencent Holdings Ltd, according to people familiar with the matter. Those companies operate some of the most widely used apps in China.

Through apps, CAID collects user device data, such as device start-up time, model, time zone, language and IP address. Based on China’s personal information security standards, most of those data aren’t counted as “personal information.” But a so-called device ID can be generated by algorithm based on these data. That device ID can achieve a similar tracking effect as the identifier that Apple is allowing users to block.

CAID can be used without having to obtain user consent. If in operation, it could track activity even if a user had opted out of tracking through a pop-up prompt Apple is using with the rollout of new privacy controls. Recently, Apple has issued warning letters to app developers who have used tools like CAID, asking for their removal within 14 days.

Also involved in the China-based effort are business units of accounting firms Deloitte LLP and PricewaterhouseCoopers as well as ratings company Nielsen Holdings PLC, according to documents of the advertising association that were viewed by The Wall Street Journal. Representatives for PwC and Nielsen didn’t respond to requests for comment, and a spokeswoman for Deloitte declined to comment.

Apple’s changes are expected to most affect marketers, such as game makers, that aim to get apps installed on iPhones. Large advertisers such as P&G, which can use their own data for advertising, will see less impact, said Aaron Shapiro, former chief executive and co-founder of Huge, a digital ad agency that has worked with P&G and McDonald’s and was acquired by Interpublic Group.

“Advertising effectiveness in digital is all about the data,” Mr. Shapiro said. “Even if this issue is not a problem, they might just be forward-thinking, which is they have to proactively put in place solutions for future clampdowns that are going to happen.”

Apple’s privacy changes are set to upend the digital ad industry and come after P&G has sought for years to carefully target digital ads at would-be buyers. The consumer-goods giant spent $7.3 billion on advertising in the past fiscal year and has long used its hefty ad budgets to push the tech industry for better ways to prove that digital ads reach their intended targets.

P&G marketing chief Marc Pritchard has advocated for a universal way to track users across platforms, including those run by Facebook and Alphabet Inc.’s Google, that protects privacy while also giving marketers information to better hone their messages. Frustrated with what it saw as tech companies’ lack of transparency, P&G began building its own consumer database several years ago, seeking to generate detailed intelligence on consumer behavior without relying on data gathered by Facebook, Google and other platforms. The information is a combination of anonymous consumer IDs culled from devices and personal information that customers share willingly. The company said in 2019 that it had amassed 1.5 billion consumer identifications world-wide.

China, where Facebook and Google have a limited presence, is P&G’s most sophisticated market for using that database. The company funnels 80% of its digital-ad buying there through “programmatic ads” that let it target people with the highest propensity to buy without presenting them with irrelevant or excessive ads, P&G chief executive officer David Taylor said at a conference last year.

“We are reinventing brand building, from wasteful mass marketing to mass one-to-one brand building fueled by data and technology,” he said. “This is driving growth while delivering savings and efficiencies.”

China is P&G’s second-largest market. The company said in 2017 that it would invest $100 million into its China digital innovation center, in part to bolster its digital marketing.

Facebook has been among the most vocal opponents of Apple’s proposed changes, which could hurt its core ad business. If users opt out of sharing their info with the social-media giant, for example, the company would lose some of the data it uses to create profiles of individuals for ad targeting. Advertisers say they would also have a harder time measuring the return they get for their ads. Facebook CEO Mark Zuckerberg has reiterated in recent weeks that the change could make it harder for small businesses to market to customers. He also said it might bolster his own company’s platform, making it a more appealing place to conduct transactions if online advertising in general isn’t as effective.

Yang Jie contributed to this article.