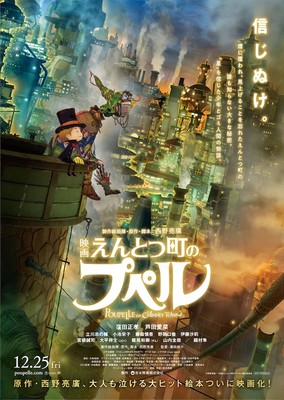 Montreal’s 25th Fantasia International Film Festival announced on Wednesday that it will screen the following anime films, all of which will be North American premieres:

The festival also revealed that it will screen the following live-action films:

Poupelle of Chimney Town, Fortune Favors Lady Nikuko, and Pompo: The Cinéphile have been nominated in the Feature Film Category of the festival’s Satoshi Kon Award for Achievement in Animation.

More films will be announced in late July.

The virtual film festival will stream from August 5-25.

The festival will also screen Shunji Iwai‘s live-action online film 12 Day Tale of the Monster that Died in 8.

The festival’s staff have stated that its 25th iteration will feature an “enhanced focus on Japanese cinema … In celebration of the key role that Japan’s culture has played across Fantasia’s history.”