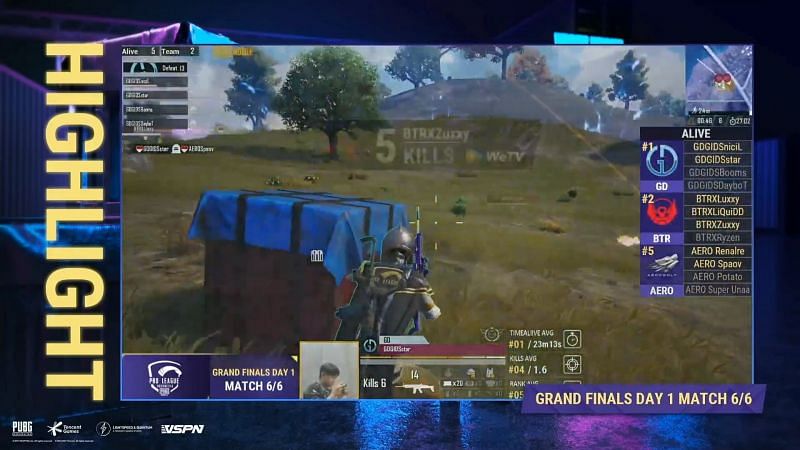 Day 1 of the third season of the PUBG Mobile Pro League (PMPL) Season 3 Indonesia concluded with underdog team Genesis Dogma GD leading the points table, and that too without picking up a single Chicken Dinner.

The three-day PMPL finals will conclude on 18th April, while the event itself boasts a massive prize pool of $150,000.

At the end of Day 1, Genesis Dogma GD is leading the points table with 39 kills and 85 points, followed by fan-favorites Bigetron RA with 36 kills and 77 points. Geek Fam grabbed the third spot, while another fan-favorite, Aura Esports, had an ordinary day and finished in the 12th spot.

The day started with the first match being played on Sanhok. This match was claimed by Geek Fam with 11 kills. Following them in second place was Bigetron RA with nine kills. Geek Mort was the MVP of the first match with three kills.

The sixth and final match of the day was won by Bigetron RA with 12 kills, while Genesis Dogma secured second place with 13 frags. PUBG Mobile star Zuxxy was the MVP with five kills.

Top Fraggers of the day:-