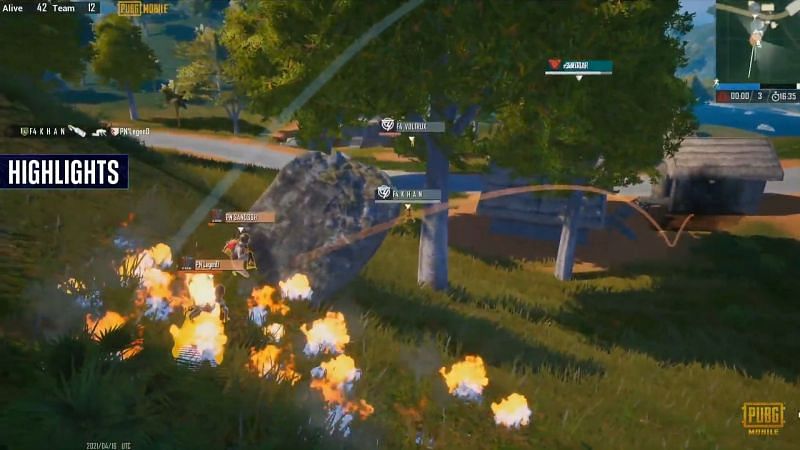 12 matches out of a total of 24 matches have been completed in the finals, after which DRS Gaming gained a spot to finish on top with 61 kills and 136 points, while Zeus Esports secured second place with 65 kills and 128 points. Stalwart Flex claimed the third spot with 53 kills and 121 points. 7 Sea Esports slipped five places to sixth place with 93 points.

Zeus Godless is still leading the kills charts with 22 kills.

The first match, played on the classic map of Erangel, was won by Stalwart Flex with 12 kills, followed by PN Crew with 12 eliminations. Zeus Esports got eliminated early but managed to grab five frags.

Zeus Esports clinched the second match, played on the dessert map of Miramar, with 14 frags. It was followed by Team F4 with eight frags.

The third match, played on the rainforest map of Sanhok, was won by Deadeyes Guys with nine frags followed by 1952 with six eliminations.

Team F4 emerged victorious in the fourth match on Erangel with a whopping 17 frags, followed by Skylight Gaming and High Voltage with five frags each.

The sixth and the final match, played on Erangel, was claimed by DRS Gaming with a whopping 16 kills, followed by Stalwart Flex with six frags.