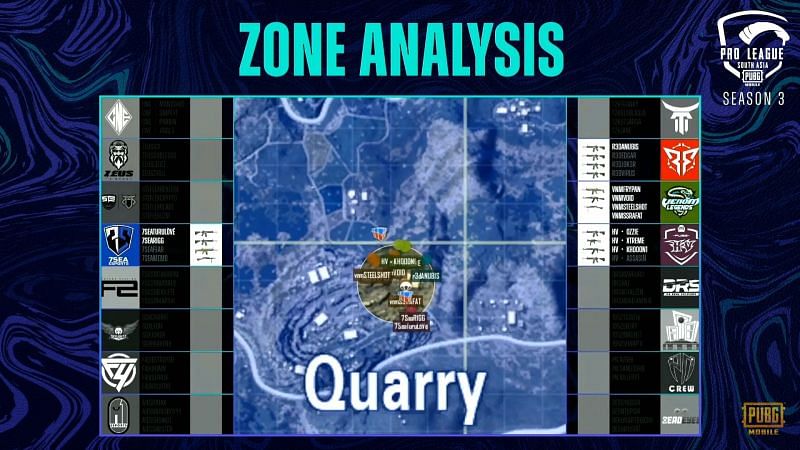 The first day of the third and final super weekend of the PUBG Mobile Pro League (PMPL) Season 3 for the South Asian region concluded today. The top 16 teams of the week are competing in the third Super Weekend.

The first match, played on the classic map of Erangel, was won by Deadeyes Guys with 11 kills, followed by 7sea Esports and 1952 with 11 and five eliminations respectively.

Team F4 clinched the second match, played on the desert map of Miramar, with 13 frags, followed by PN Crew and Venom Legends with 10 and six frags.

The third match, played once again on Erangel, was won by Zeus Esports with 15 frags, and they were followed by Trained to Kill and High Voltage with nine and six kills respectively.

Team F4 again emerged victorious in the fourth match on Sanhok with seven frags, followed by DRS Gaming and 1952 with four frags each.

The fifth and final match, played on Erangel, was claimed by 7Sea Esports with seven kills, however, Venom Legends topped the points table with 16 kills. High Voltage grabbed the third spot with two frags.