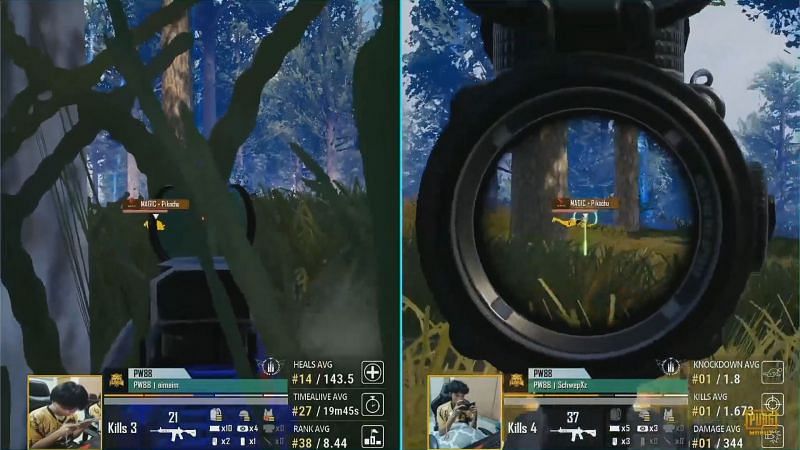 The second day of the third week of the PUBG Mobile Pro League (PMPL) Thailand Spring 2021 came to an end.

After a grueling day of play which saw teams and players display extreme skill and game sense, Magic Esport emerged as the table toppers with 61 kills and 138 points. Following them in second place was Power88KPS, who ended their day with 64 kills and 128 points. Faze Clan secured the third spot at the end of the day with 42 kills and 98 points.

The second day of the week started with the first match being played on Sanhok. This match was won by E29 Esports Gaming, who secured the top spot with eight kills on their tally. Following them in second place was Magic Esport with three kills. Onyx Esport claimed the third spot in this match with a single frag.

The second match of the day was played on Miramar. The chicken dinner in this match was secured by Power888KPS, who dominated the lobby and secured a whopping 24 kills to their name. MS Chonburi finished second in this match with a single frag, followed by Faze Clan at third place with six kills.

The third and the fourth matches of the day, played on Sanhok and Miramar, were high-fragging games as well. The chicken dinners in these matches were secured by The Infinity and Magic Esport with 20 and 19 kills respectively.

The fifth and the final match of the day, played on Erangel, was again won by Power888KPS with 12 kills. This was the second chicken dinner for the team on the day, and this performance propelled them to the second spot on the overall leaderboards. Magic Esport and Purple Mood Esport finished second and third in this match, adding seven and nine kills to their tally respectively.

In the overall kill leaderboards for the weekdays, SchwepXz from Power88KPS continued to maintain his dominance, sitting at the top with 59 kills and 12392 damage. TonyK from Faze Clan, who was in the third spot after yesterday, jumped to the second spot with 47 kills and 9060 damage. Fluketh from Power888KPS was the new entrant in the third spot, with 46 kills and 11741 damage.

With just one day to go in the weekday play of the PMPL regular season, teams currently at the bottom will be trying their best to get into the top 16, so as to qualify for the final super weekend. It will be intriguing to see which teams make it and which ones miss out in the final super-weekend.